SALT Cap Repeal Has No Place in COVID-19 Legislation: National and State-by-State Data 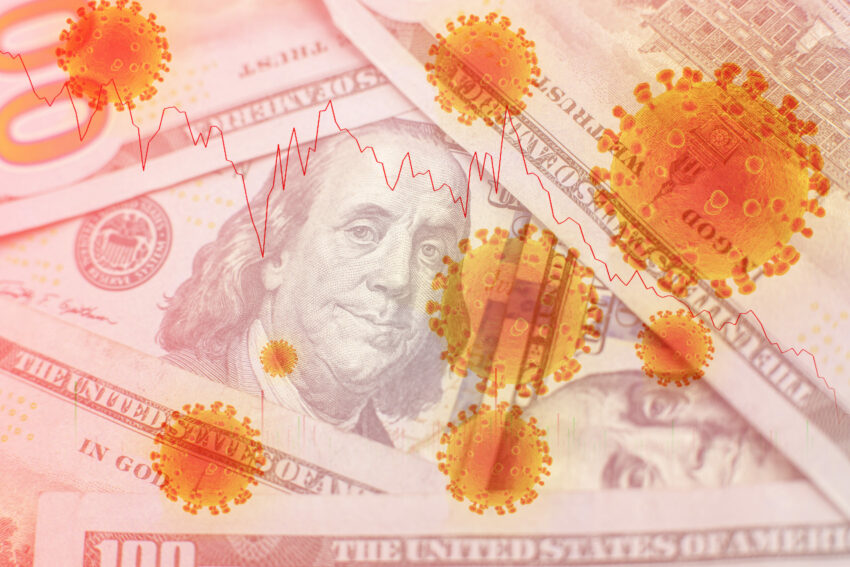 The Trump-GOP tax law enacted at the end of 2017 includes a $10,000 cap on the amount of state and local taxes (SALT) that people can deduct on their federal tax returns, and this is one of the few limits the law places on tax breaks for high-income people. Unfortunately, it is also the provision that some Democrats are most determined to remove.

Democratic leaders in Congress want to suspend the cap as part of the next COVID-19 legislation. As illustrated in the graph below, 62 percent of the benefits would go to the richest 1 percent, and 86 percent would go to the richest 5 percent.  These high-income households should not be the focus of relief during good economic times, let alone now. 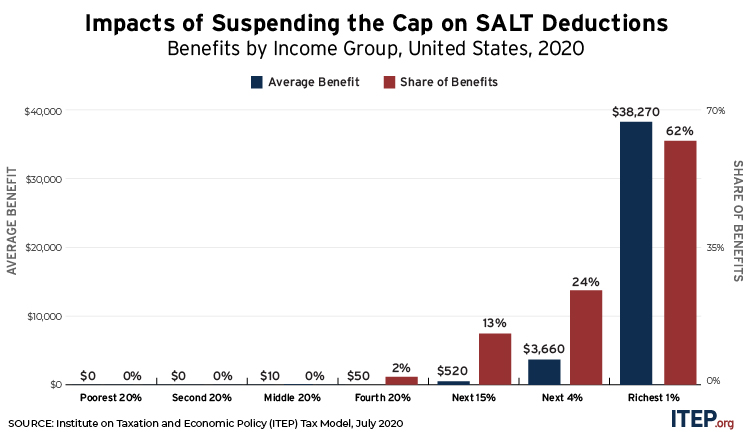 To be fair, Democratic lawmakers have released imaginative proposals that would address the current health and economic crisis with the resources that individuals, communities and states need. The HEROES Act, for example, passed by the Democratic majority in the House of Representatives in May would provide more direct payments to families, shore up states’ finances, and further extend unemployment insurance expansions (among other things) as ITEP has explained in detail elsewhere.

Unfortunately, however, the act would also suspend the cap on SALT deductions for two years. Over in the Senate, Chuck Schumer, the Democratic leader, recently said he wants to include suspension of the SALT cap in the next COVID-19 relief legislation, apparently unpersuaded by data from ITEP and elsewhere demonstrating that the benefits would go mainly to those who least need help.

Drafters of the Trump-GOP  tax law could have offset the cost of their tax cuts by eliminating any number of special breaks and loopholes, but they chose to focus on deductions for SALT, which are used mostly by those living in higher-tax states, which are often perceived as “blue states.” In other words, GOP tax writers included the cap on SALT deductions for ideological and political reasons.

Immediately after the law passed, some governors and state lawmakers concocted various schemes to work around the cap. Some Democratic members of Congress took up the cause of removing the cap. But simply repealing or suspending the cap is not the solution. It would be better to replace it with a different type of limit on tax breaks for well-off individuals.

Removing the SALT cap is simply not a way to help those in need during the recession.