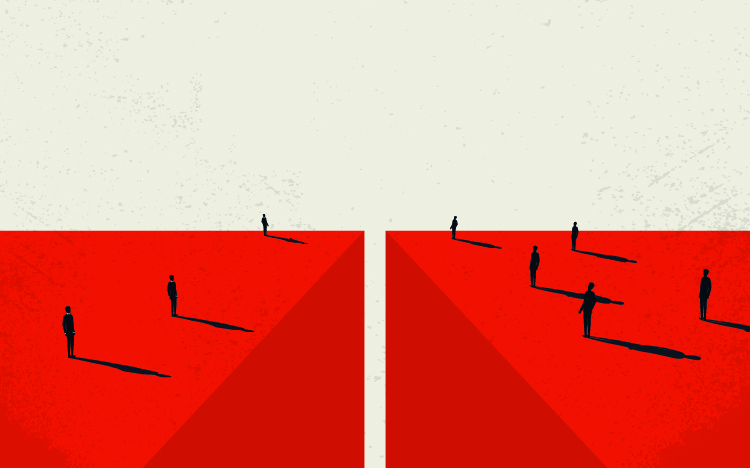 By Carl Davis and Jessica Schieder

Ever since congressional Republicans and former President Trump enacted the Tax Cuts and Jobs Act on a party-line vote, some Democrats have been trying to find ways to eliminate or work around the cap on state and local tax (SALT) deductions—a move that would benefit the highest-income households.

Now, with the help of a few congressional Republicans, some are attempting to make passage of President Biden’s infrastructure agenda contingent on SALT cap repeal. Last week, a bipartisan group of 32 House lawmakers banded together to form the “SALT Caucus,” demanding elimination of the SALT cap. None of their arguments in favor of repeal change the fact that it would primarily benefit the rich and, according to new research, exacerbate racial income and wealth disparities.

SALT cap repeal is an example of a policy simultaneously geared toward families with higher incomes and more wealth. The income tax portion of the SALT deduction is tied closely to families’ incomes while the property tax portion is tied to homeownership and home value, which are major components of overall wealth. Countless manifestations of systemic racism have afforded white households with incomes and homeownership rates far above those in communities of color—facts that tilt the SALT deduction in favor of more affluent white families.

The racially inequitable effects of SALT cap repeal look no better in the states whose congressional delegations have been the most vocal opponents of the SALT cap. In New Jersey, for instance, 29 percent of white families would see a tax cut under SALT cap repeal compared to just over 13 percent of Black families and less than 11 percent of Hispanic families. In other words, Black families in New Jersey are 54 percent less likely than white families to receive a tax cut from SALT cap repeal, while Hispanic families are 60 percent less likely. Almost two-thirds of the tax cuts flowing to New Jerseyans would go to white taxpayers with incomes above $200,000, a group that accounts for less than one in 10 families in the state.

To be clear, the distribution of tax cuts under SALT cap repeal are only loosely related to taxpayers’ effective state and local tax rates. ITEP’s recent analysis of the distribution of Tennessee’s taxes by race and ethnicity, for instance, found that white families on average pay a lower overall state and local tax rate than either Black or Hispanic families in that state. And yet SALT cap repeal would provide the largest average tax cuts to white taxpayers because they are more likely to be homeowners with deductible property tax bills and because they have higher incomes that make them less likely to be standard deduction claimants.

Repealing the SALT cap would likely crowd out other, much more progressive policies and programs from the upcoming infrastructure package while doing comparatively little to encourage progressive revenue raising at the state and local levels. Lawmakers eager to be rid of the SALT cap should look toward broader itemized deduction reforms, including a more expansive cap, a sliding-scale floor, or our comprehensive High-Income Tax (HIT) proposal. Any of these options could replace the SALT cap without losing revenue and without worsening our nation’s unconscionable racial income and wealth divides.