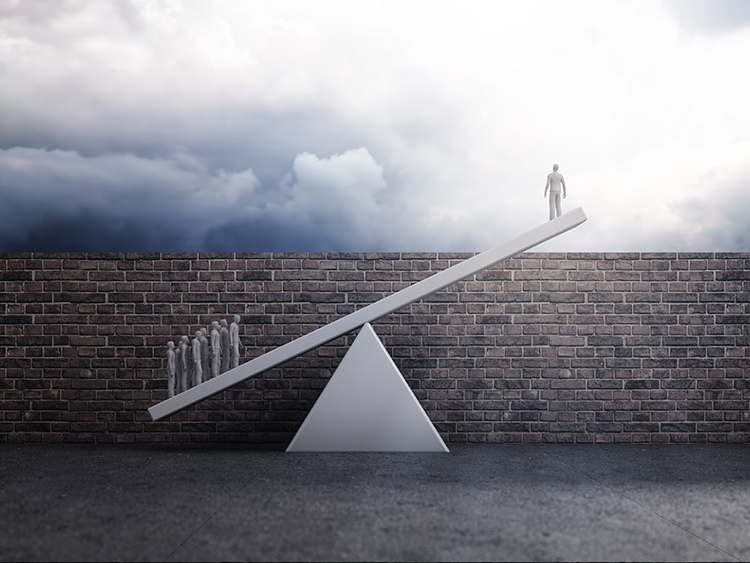 Sen. Elizabeth Warren (D-Mass.) with Reps. Pramila Jayapal (D-Wash.) and Brendan Boyle (D-Penn.) introduced a bill today to create a federal wealth tax for those whose net worth exceeds $50 million. The bill marks the first time that Warren’s wealth tax, which she proposed while running for president, is fleshed out in legislative language.

With the onslaught of news about billionaire wealth soaring while low- and moderate-income families have trouble making ends meet, a federal wealth tax makes good economic and fiscal sense—and the public supports it. One poll found that 64 percent of respondents favor the idea, including a majority of Republicans.

The bill would set the wealth tax rate at 2 percent for household net worth between $50 million and $1 billion, and 3 percent for net worth exceeding $1 billion. The inequality researchers Emmanuel Saez and Gabriel Zucman estimate that it would raise $3 trillion over the coming decade.

The federal government raises revenue mainly from taxes on incomes, such as the personal income tax and corporate income tax as well as payroll taxes that apply to earned income. Warren’s proposal would create an annual federal tax on the net worth of very wealthy taxpayers. This new tax would help address several problems, including curbing growing inequality. The most recent data from Saez and Zucman indicate that the wealthiest 0.1 percent of Americans (the wealthiest one in one-thousand Americans) own 18 or 19 percent of the wealth in this country, depending on which measure one uses.

Everyone benefits from the investments our tax dollars pay for, like roads, public education, and public safety, to name a few. But surely Jeff Bezos, who has made a fortune by shipping goods on those roads, benefits more than most people. Surely, investors in tech companies that hire the productive workforce that public education makes possible benefit disproportionately from that investment. And surely those who own the most property benefit a little more from the law enforcement and judicial system set up to protect property. It is entirely reasonable that those who have built enormous fortunes with the help of these public investments pay more to support them.

Of course, federal income taxes are important in achieving this. We have argued for reforming the federal personal income tax and corporate income tax to make them fairer and more adequate. But Congress could make more progress by enacting a federal wealth tax as well.

Trump gets by with this partly because of loopholes in our personal income tax that Congress should close. But it also happens partly because Donald Trump really does have no income in some years because, let’s face it, he is a terrible businessperson who loses incredible amounts of money. But he nonetheless is a person with enormous wealth and most Americans would probably agree that he should pay some federal taxes on that wealth.

Some critics of a federal wealth tax object that it would be difficult to enforce. But the Treasury Department could use various tools that address the challenges of implementation. For example, as ITEP has explained before, the problem of figuring how much assets are worth could be resolved by retroactively correcting wealth tax payments when assets are sold at prices that differ from the value assumed by the IRS in previous years.

Another objection raised by critics is the claim that a federal wealth tax would be unconstitutional unless it meets some convoluted requirements for what the Constitution calls a “direct” tax, which would make the proposal entirely unworkable. The constitutional provisions in question are part of a compromise made between southern and northern states to allow slavery to continue – which should be a red flag that they have little or no relevance today.

In addition to paying for important public investments, tax policy can create a more equal society. The previous administration used tax policy to do the opposite, enacting a costly package of tax cuts with half the benefits going to the richest 5 percent. This was just the latest in 20 years of tax-cutting that disproportionately benefited the rich and made our society more unequal. Sen. Warren’s wealth tax can finally turn the tide and bring about the policy discussion that Congress ought to have right now.