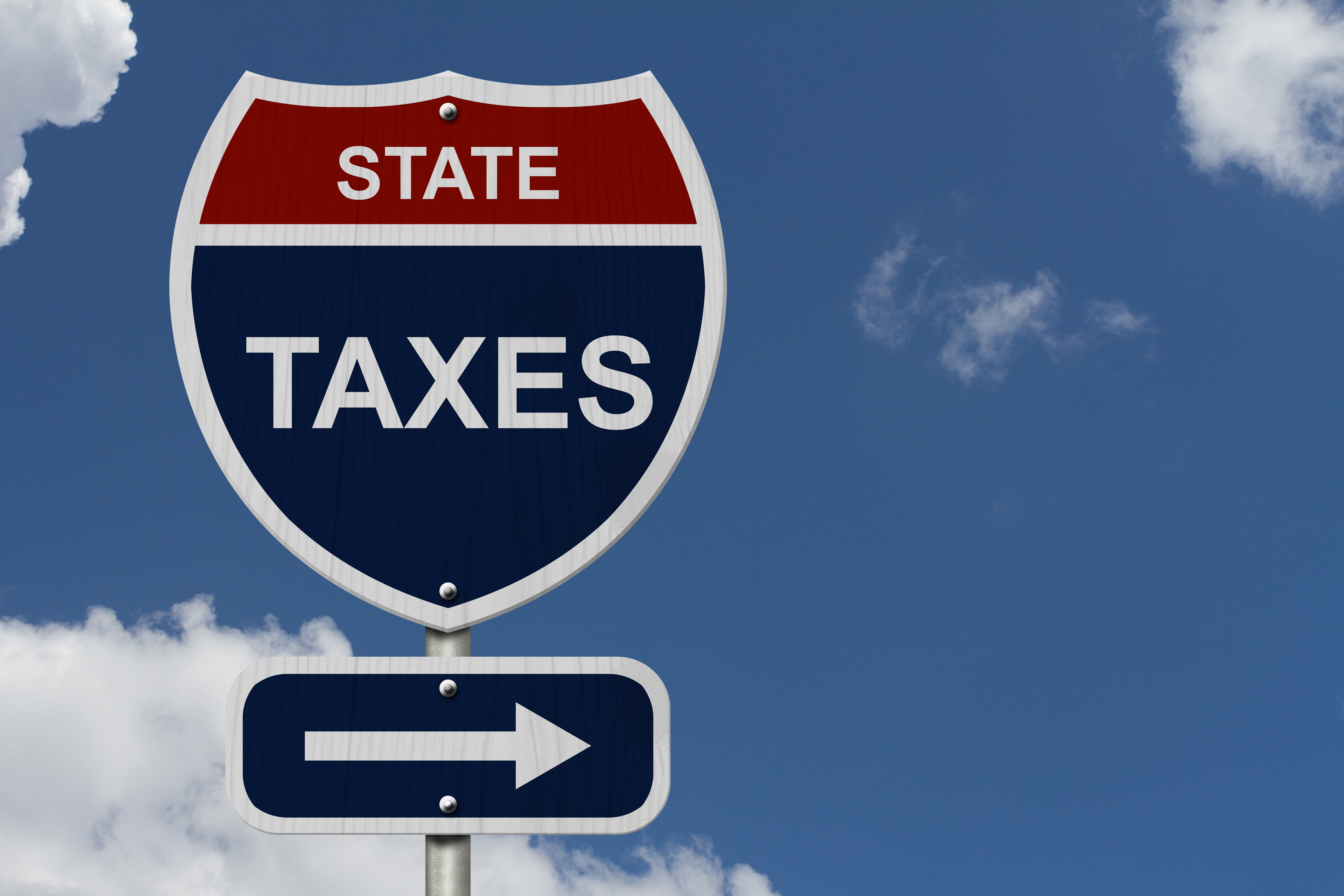 At the federal level, lawmakers are heading in the opposite direction—going down the same unproductive paths many states from across the political spectrum now find themselves reversing. Federal policymakers would be wise to follow suit by pursuing the dominant policy priorities expressed in statehouses from Oklahoma and Kansas to California and Illinois—abandon tax cuts for the wealthy and instead invest in critical public investments that support opportunity for all.

Some lawmakers in Georgia, Nebraska, and West Virginia this year attempted to slash taxes on high-income individuals, using a variety of policy strategies to do so, but those efforts were rebuffed in all three cases. The attempt in Georgia centered on pushing through a regressive tax cut for the wealthy by replacing the state’s progressive bracket structure with a flat 5.4 percent rate that would have raised taxes on many low- and middle-income families, and also muddying the waters by combining it with a few genuinely progressive policy ideas such as a new state EITC and elimination of the state’s nonsensical state income tax deduction for state income taxes paid. The would-be tax cutters in Nebraska used another recently popular approach, tax-cut “triggers” that obscure the full regressive effects and costs of the cuts by making them dependent on arbitrary revenue targets and thus delaying them until future years, while also adding on an EITC increase and a phase-down of the Personal Exemption Credit. The West Virginia effort was somewhat more traditional, relying largely on debunked supply-side economics to argue that reducing total taxes by eliminating the income tax and shifting to higher reliance on sales taxes would bring an influx of people, businesses, and economic activity to the state.

But to their credit, the majority of legislators in these three states saw through the specious arguments for flat income taxes, tax-cut triggers, and income tax elimination, as well as the attempts to decorate these regressive proposals with progressive trimming. All three states still have room for improvement and each is sure to see further attempts at regressive income tax cuts, but for this year at least, cooler heads and better tax policy prevailed.

The unfortunate exception to this trend this year has been North Carolina, where lawmakers ignored these lessons and chose to double down on regressive tax cuts and supply-side economics. Despite the evidence from other states and the failure of North Carolina’s own massive 2013 tax cuts to help the state economy, legislators added another $1 billion round of regressive income tax cuts this year. All told, the cuts enacted since 2013 will reduce revenues by $3.5 billion per year going forward, funds that could have been used to invest in the true building blocks of state economies: an educated workforce, safe and healthy communities, and high-quality infrastructure. Instead, they’ll get a structural budget deficit for years to come.

Bipartisan Efforts to Invest in Education, Health, and Social Services

One of the most notable and welcome themes of the year are the number of states where Democrats and Republicans came together to propose, and in some cases enact, tax changes.  A bi-partisan group of Kansas lawmakers came together to enact legislation (and override a subsequent veto) that overturns many of Governor Brownback’s regressive and costly tax cuts that were wreaking havoc on the state’s budget. Illinois lawmakers from both parties also joined forces to adopt the state’s first budget in two years which included a number of tax changes such as an increase in the state’s flat personal income tax rate and an enhancement to the state EITC (they also had to override a governor’s veto).  And, while a much smaller deal revenue-wise, Oklahoma lawmakers worked together to repeal a cut to the top personal income tax rate that was to be phased-in over time if certain revenue triggers were met.

There were also bi-partisan efforts in Alaska to reenact a personal income tax for the first time since the state eliminated the tax in 1980.  Governor Walker included an income tax in his budget recommendation and the Alaska House members approved a new income tax, but the effort stalled in the Senate.  There were also some good faith and bi-partisan efforts in Louisiana to come up with reform-minded plans to replace the temporary taxes raised in 2016 to plug a $1 billion revenue hole, but no agreement was made and a special session will be needed to resolve the revenue crisis.

Lawmakers in eight states, with a wide range of political leanings, agreed to boost their gasoline taxes to fund the maintenance and expansion of their states’ transportation infrastructure. Those states include California, Indiana, Montana, Oregon, South Carolina, Tennessee, Utah, and West Virginia. The increases enacted in Montana, South Carolina, and Tennessee are particularly notable because each of these states had previously waited over two decades since last raising their gas tax rates. In California and Indiana, meanwhile, lawmakers went beyond simply raising their gas taxes and instead opted to enact forward-thinking reforms that tie their gas tax rates to inflation in the years ahead. Gas tax increases have now been enacted more than half (26) of states since 2013, though there are still nineteen states that have waited a decade or more since last updating their gas taxes. Many of the gas tax increases enacted this year were paired with other revenue measures as well, such as increases in vehicle registration fees, sales taxes on vehicle purchases, and even fees on bicycle purchases.

In addition to the newly added credits, there have also been a number of advancements in existing EITC policy. Two years after enacting an EITC, lawmakers in California expanded the parameters of their state-level credit. Now families with incomes under $22,300 (up from around $14,000) can qualify, including those with income from self-employment. In Illinois, lawmakers increased the state’s EITC to 14 percent in 2017 (up from 10 percent). The credit will again increase to 18 percent in 2018. Lawmakers in Oregon and Massachusetts also made improvements. In Oregon a law was passed to raise awareness about both the state and federal EITCs, with the goal of increasing uptake rates. The law requires W-2 employees to receive a notice about the federal and state EITC, encouraging families who quality to claim the credit. In Massachusetts, lawmakers expanded the state’s EITC access to domestic violence survivors and abandoned spouses.

State legislators have taken various steps to ensure that their tax codes are keeping pace with the modern economy. The prevalence of online shopping and changes in consumption patterns have made some forms of taxation, particularly some sales and use taxes, outdated. A big win for state revenues came when Amazon agreed to collect and remit sales tax in the last four states with a sales tax where the online retailer was not collecting. As of April 1, 2017 Amazon collects sales tax in every state with a sales tax. Although the agreements only extend to goods sold directly by Amazon and not by third party vendors that sell through Amazon, it is a step in the right direction towards collecting sales tax that is owed for online sales.

States have also been attempting to work around the current US Supreme Court precedent on states’ ability to require online sellers without a physical presence, or nexus, to collect and remit sales taxes in the states. The current Supreme Court decision in Quill v. North Dakota is over two decades old, and those on both sides of the issue agree that it should be revisited. Under current law jurisdictions are not able to require a seller to collect sales tax unless the seller has a “substantial physical presence” in the taxing jurisdiction. This means online retailers like Amazon or Ebay that do not have offices or distribution centers in a state have no legal responsibility to collect sales tax. Consumers are legally responsible for remitting the sales tax owed for their purchases to the state, but this is rarely done. And it requires more on the part of online shoppers than those making similar purchases at a brick and mortar establishment. In attempts to work around this, states have passed laws and regulations that require online retailers that sell over a certain threshold to collect and remit sales taxes. These types of bills have been met with quick legal action from retailers, which is the ultimate goal of the state actions, to force a case that will be heard by the Supreme Court to undo the Quill decision. This type of bill was introduced this session in Arkansas, Mississippi, Missouri, New Mexico, South Carolina, Texas, Utah, and Wyoming.

The new and rapidly developing “gig economy” is also creating taxation challenges for states. The on-demand or gig economy refers to services that are generally provided by independent contractors that were previously only provided by brick and mortar businesses. This includes services like ride sharing through services like Uber and Lyft and short-term stays through Airbnb or VRBO. Where Uber has taken a more confrontational stance against collecting the same taxes owed by taxi services, Airbnb has been more amenable to voluntarily enter into taxing agreements in exchange for eschewing the regulations that typically come with operating a hotel. A March report from ITEP recommended that states should tax elements of the on-demand economy similarly to their competitors, but very few states took up such legislation this session, including Georgia and New Jersey.