Teachers’ Strikes Are Emblematic of Larger Tax Challenges for States 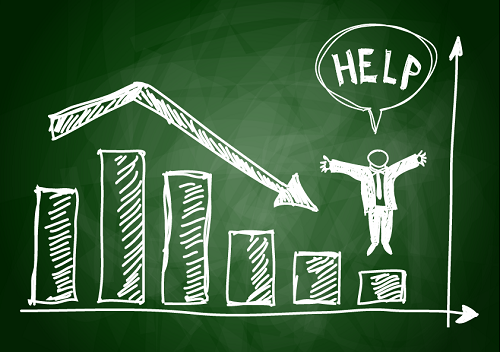 Last year, 20 percent of Oklahoma school districts had to cut their school week down to four days so they could afford to keep the doors open and educate their communities’ children. The state has dramatically cut per-pupil funding and teachers there rank 49th in annual wages among K-12 educators across the nation. In spite of a bill passed Thursday that raises teacher pay by an average $6,100 per year, teachers still plan to walk out on April 2. This comes on the heels of a successful West Virginia teachers’ strike in which educators received a 5 percent pay increase and other concessions. Teachers in Arizona and Kentucky also are considering strikes in a fight for higher wages.

As other researchers as well as journalists have noted, teachers striking or threatening to strike over low wages and overall lack of investment isn’t simply a narrative about schools and public workers’ pay. It is illustrative of a broader conflict over tax laws and how states and local jurisdictions fund critical public services that range from K-12 education, public safety, roads and bridges, health care, parks, to higher education. Unfortunately, over the last decade, we’ve seen numerous states cut taxes only to face budget challenges in the short- and long term. And all too often, instead of making  course corrections and addressing revenue shortages via sensible, progressive tax policy changes, states have instead cut vital programs and services and left intact tax cuts that often disproportionately benefit big businesses and the wealthy.

The consequences and results of this type of policy making in Oklahoma, for example, are a lower level of spending on core services today than before the 2007-2009 economic recession took its toll on state revenues while the top income tax rate for the richest Oklahomans has fallen to 5 percent from 6.65 percent, and the oil and gas sector has received numerous tax breaks over the past decade.

Every year, my colleagues and I at ITEP take a broad look at trends in state tax policy. This recent piece (State Revenue Shortfalls and the Impact on Education and Other Services) provides a summary of states that are facing revenue shortages due largely to fiscally irresponsible tax cuts enacted in previous years. In Missouri, even though the state auditor warned of budget shortfalls due to tax cuts, state lawmakers are not keen to address that challenge and instead have proposed cuts to higher education and are poised to enact deeper tax cuts. In Louisiana, lawmakers are at an impasse over a $1 billion budget deficit, so the only option may be deep program cuts this year. And Kansas continues to deal with the aftermath of Gov. Sam Brownback’s regressive top-heavy tax cuts. Last year, it reversed some of those cuts, but the state still lacks adequate revenue to fund K-12 schools.

Under the Cover of New Federal Tax Law, Many States Doubling Down on Troubling Tax-Cutting Path

This year, the perennial battle within state legislatures over tax policy is compounded due to the federal tax law enacted in late 2017. This piece (State Responses to Federal Tax Cut Bill) provides an overview of how states are considering new tax policies in response to the federal tax bill. A number of states are marching forward with their own tax and service cuts that would exacerbate the negative effects of the federal tax law (e.g. substantially less revenue, which will eventually result in cuts to programs and services). Because the federal bill potentially may cause state-level tax increases (read this piece to learn about how some state tax systems are coupled to the federal tax system), anti-tax interests ignored the much larger federal-level tax cuts and argued that residents must be “protected” from those state tax increases.

Idaho, for example, didn’t stand to gain a substantial amount of revenue from federal changes ( $14 million) lawmakers added to the $1.3 billion federal tax cut already going to Idaho residents (60% of which went to the top 20%) by cutting personal income tax rates and creating a nonrefundable Child Tax Credit. The new credit does come close to holding most low- and middle-income families harmless from tax increases under the federal changes, but nearly three-fourths of the total value of the state tax cut went to taxpayers in the top 20 percent.

In Georgia, the state’s unusual relation to federal tax deductions meant that the federal tax bill could have generated more than $1 billion in annual revenue for the state. But rather than take advantage of the opportunity to bolster the state’s fiscal situation, lawmakers just voted to enact a risky tax cut that will reduce revenues even below where they would have been without the federal bill, making it even more difficult to sustain education funding in future years. In Iowa, the federal bill has drawn attention to the state’s expensive and regressive deduction for federal income taxes, but lawmakers appear set on using the revenue from eliminating that deduction primarily to fund equally pointless tax rate cuts, all while the state considers cutting $11 million from higher education due to their already existing revenue shortfall.

Missouri does not anticipate a significant revenue gain from the federal tax bill but lawmakers there have also used the federal debate as a jumping-off point from which to push their own tax cutting agenda; the state Senate has recently advanced their version of a regressive tax cut that would greatly reduce revenues by cutting the top personal income tax rate and the corporate tax rate. And in Nebraska, legislators are debating how much to cut higher education funding while at the same time planning to pull $35 million from the state’s Rainy Day Fund to pay for the first year of a large tax cut package.

The good news is that a number of states are bucking the trend. In New Jersey, Gov. Phil Murphy has proposed a plan that pushes back against the worst aspects of the federal tax bill and steers the state toward fiscal sanity. Murphy’s plan would create a millionaire’s tax, reverse an expensive sales tax cut, broaden the sales tax base, reform corporate taxes, and legalize and tax cannabis use. These reforms will generate revenue to be put toward strengthening tax benefits for low- and middle-income families and property tax payers, boost funding for schools, expand preschool, provide free community college, invest in infrastructure, and begin to return the state’s pension system to solvency.

The bottom line is indiscriminate tax cuts do not make sound fiscal policy. While it may be politically expedient or popular to continually cut taxes, such policies are not sustainable in the long term—or, often, the short term. Further, all too often, the benefit of state tax cuts are bestowed on businesses and higher-income taxpayers to the detriment of working people and public services, as the recent wave of teachers’ strikes demonstrates. In the case of West Virginia and Oklahoma, hardworking teachers endured low wages and some had to get second jobs to make ends meet or seek employment in other states or other industries. K-12 students paid the price via over-crowded classrooms, shorter school weeks and lack of access to tools that enhance learning.

Education is a relatable example of lack of how tax cuts inhibit necessary investment in our communities. But tax cut and subsequent service cuts also affect investments in infrastructure, public safety, public health, public spaces, and other services.

The recent wave of teacher discontentment is the tip of the iceberg. As the Kansas example reveals, communities are tiring of regressive, top-heavy tax cuts that ultimately make working families pay the price. For more detailed information on state tax trends, view:

Trends We’re Watching in 2018, Part 2: State Revenue Shortfalls and the Impact on Education and Other Services