The Case for Biden’s Tax Agenda 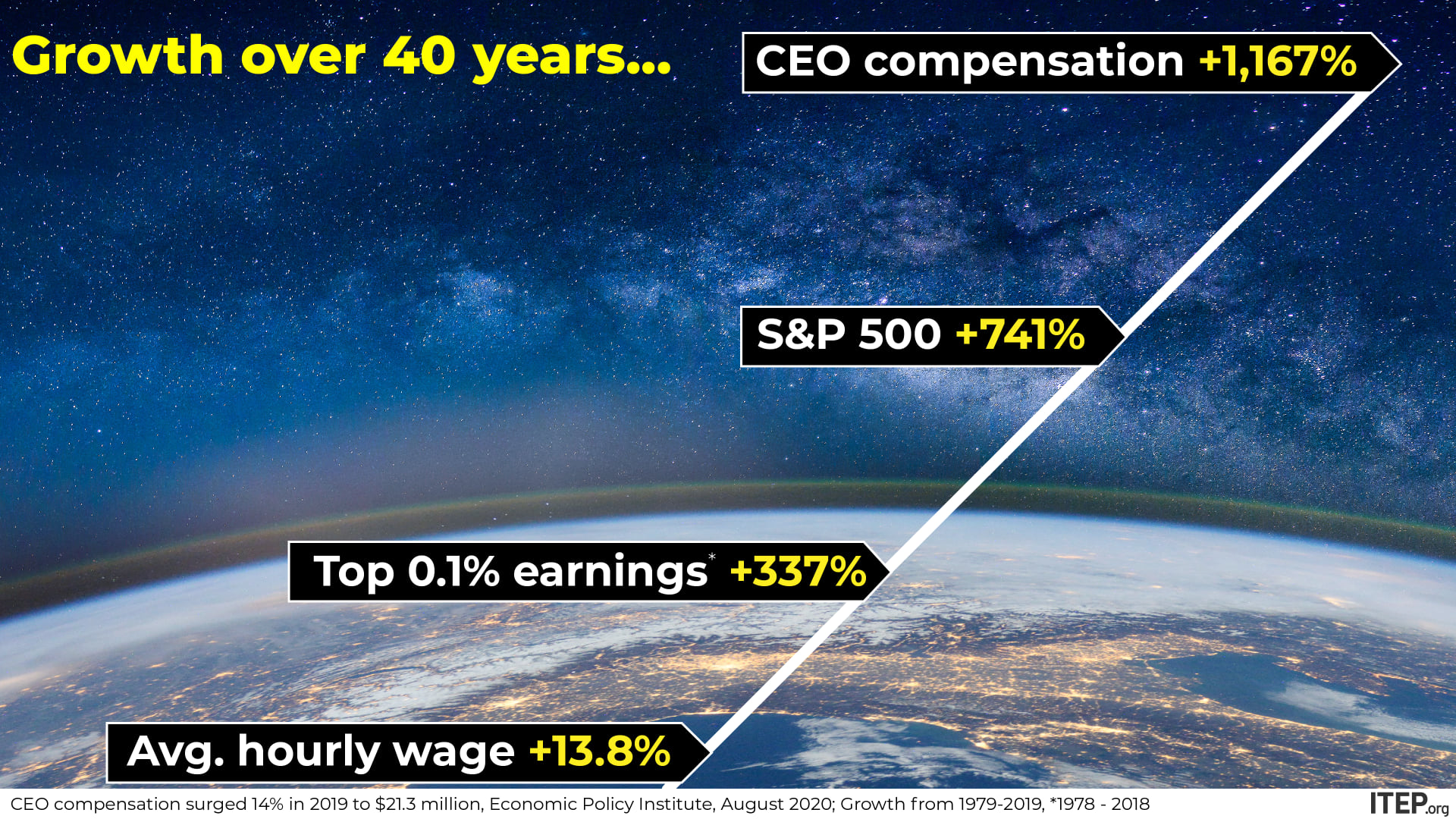 President Joe Biden’s “Build Back Better” plan is the most ambitious economic and social agenda since Lyndon B. Johnson’s Great Society. It would redirect policy priorities to create educational and economic opportunities for low- and middle-income people and require corporations and wealthy people to pay a fairer share of taxes.

This reordering of policy priorities is being met with fierce resistance by opponents resorting to the same trickle-down arguments of the last 40 years that have failed to generate shared prosperity while channeling immense wealth to the top.

On Wednesday The Washington Post reported that large companies “complaining” about Biden’s proposed tax hikes stand to benefit from the infrastructure bill. This outside pressure along with the commitment to historically low corporate tax rates on behalf of Republicans in Congress has forced Democrats to pursue these and other modest tax increases on their own through the process of budget reconciliation where a bill can pass the Senate with a simple majority of 51 votes, avoiding the 60-vote threshold imposed by the filibuster.

Some Republicans helped map a bipartisan compromise that in part funded physical infrastructure projects with increased revenue from stronger IRS enforcement of tax laws. But after being pressured by special interests, even this provision to boost IRS funding was stripped from the bipartisan proposal—again leaving it to Democrats alone to hold more corporations and tax-evading individuals accountable via budget reconciliation.

The proposal to improve tax enforcement would pay for itself several times over, raising revenue simply by ensuring that wealthy people and corporations pay what they owe under current law. Cuts to the IRS budget over the past decade have gutted tax enforcement by, for example, reducing the agency’s audits of larger corporations by half. Today, the IRS often does not investigate corporate tax avoidance schemes even after companies publicly acknowledge that they would be unlikely to withstand scrutiny from tax authorities.

President Biden proposes to increase the corporate tax rate to 28 percent and limit many of the special breaks that corporations use to avoid paying taxes. He proposes a minimum tax of 21 percent on the offshore profits of American corporations while his administration is also negotiating an international agreement on a 15 percent global minimum tax. With these reforms in place, corporations could have a harder time reducing their tax rates to zero, as 55 of the nation’s largest companies did in 2020.

Public Citizen uncovered that those 55 corporations reported $450 million in lobbying and campaign contributions in the last three election cycles, once again underscoring the enormous influence of money and power in our political process. Twelve of these companies spent more than $10 million in lobbying over this period. 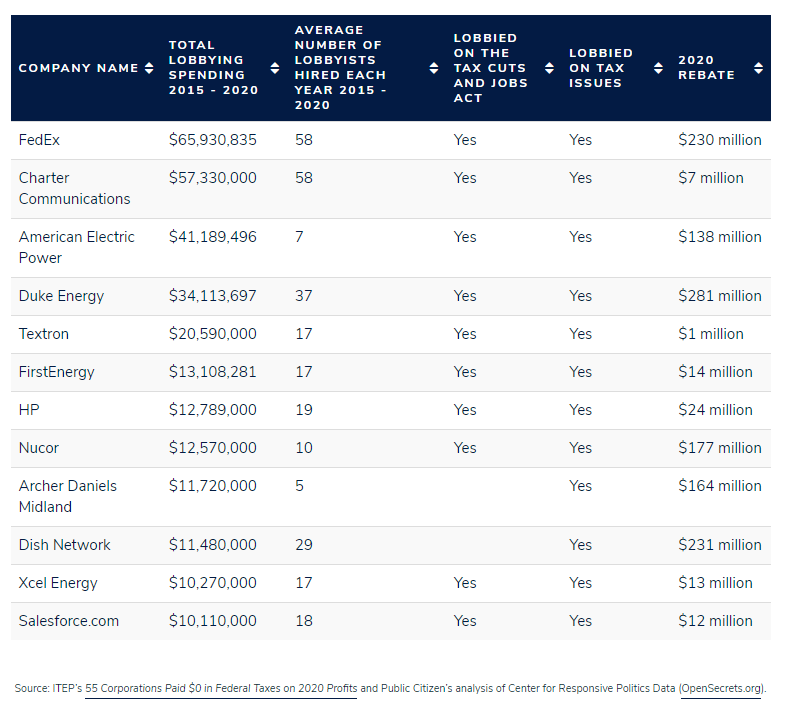 The Build Back Better agenda also includes personal income tax reforms to ensure the wealthy pay a fairer share of their income in taxes. The plan would restore the top marginal rate to 39.6 percent where it stood prior to 2018, and it would eliminate the special, low personal income tax rate for capital gains and stock dividends for millionaires. Combined, these two provisions would affect just 1 percent of taxpayers–all with income above $400,000 a year.

The individual income tax hikes would address economic inequality at the margins, but the president has also paired the proposal with a robust Child Tax Credit (CTC) expansion that would reach some of the lowest-income households. Prior to passage of the American Rescue Plan (ARP), which Biden’s FY2022 budget builds on, the Child Tax Credit was only partly refundable. The refundable portion of the credit benefits those who earn too little to owe personal income taxes. This means that, before the ARP changed the rules, 39 percent of children lived in families who did not receive the full credit. Among the poorest 20 percent of families with children, virtually none received the full credit. As illustrated in the graph below, a little more than a third of white children did not qualify for the full credit while nearly half of Black and Hispanic children did not qualify for the full credit. The ARP ended these disparities by making the credit fully refundable. The Build Back Better agenda proposes to make this change permanent. Congress should make the CTC truly inclusive by expanding it to include the 1 million undocumented children who continue to be left out.

With a slim majority in both the House and Senate, the Build Back Better agenda faces tremendous headwinds. But while the GOP caucus is almost united in opposition, multiple polls show this agenda is popular with the public. Moneyed special interests are working overtime to maintain a status quo where the rich continue to get richer. The votes ahead in Congress provide an opportunity to demonstrate that the public’s voice matters more than the dollars of the donor class.