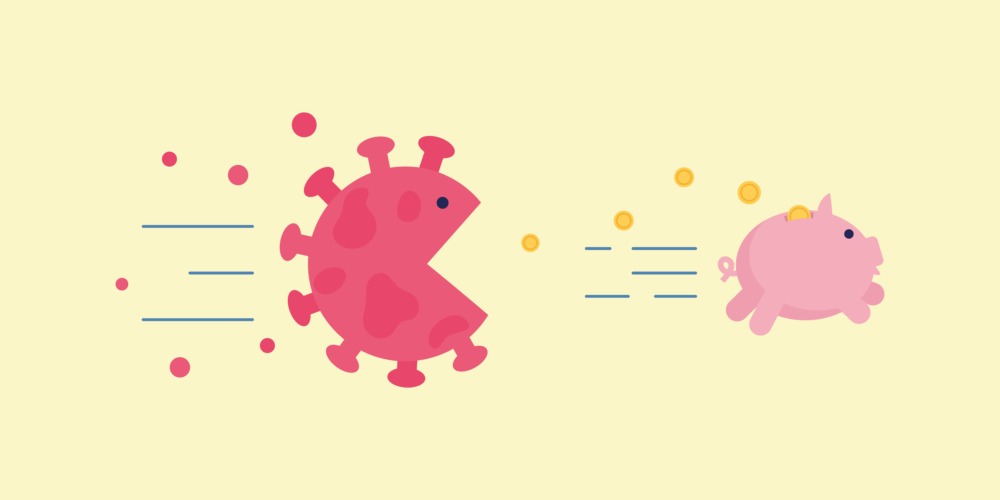 In an explanation that can only be called richsplaining, Treasury Secretary Steve Mnuchin on Thursday suggested that Congress’s delay in approving expanded unemployment benefits is no problem because banks will extend loans to people in the meantime.

“I think you know there’s plenty of banks that are willing to extend credit to people if they know the government is going to come in,” Mnuchin reportedly said.

This assertion echoes January 2019 remarks by Commerce Secretary Wilbur Ross regarding furloughed federal employees facing financial strain due to the government shutdown. Ross appeared perplexed that anyone would struggle after losing their paycheck, and he wondered aloud why people didn’t take advantage of bank loans in the meantime.

“Don’t worry, get a bank loan,” is a consistent pronouncement coming from a cabinet filled with millionaires, billionaires and elected officials who seem to have no clue how the other half lives.

It may be a cinch for a very rich person to chat with their personal banker about securing a bridge loan until they receive proceeds from the sale of some highly valued asset, but quick access to capital is not so easy for most—especially those who were already living paycheck-to-paycheck before COVID-19-induced job losses. Four in 10 people can’t easily cover a $400 emergency expense in good economic times, let alone during a pandemic that has sent unemployment rates soaring to double digits. Nearly a quarter of the nation’s households are unbanked or underbanked. Trotting down to the local bank to get a no-job-no-problem loan while Congress dallies over expanded UI benefits is not an option for many.

The CARES Act provided $600 a week in unemployment benefits (set to expire this week) on top of state benefits, which average $333 per week nationwide but range from a low of $101 in Oklahoma to $531 in Massachusetts. State unemployment benefits typically don’t fully replace an employee’s earnings, so the federal expansion is a needed lifeline for millions of unemployed workers searching for jobs in this dismal labor market. The unemployment benefit expansion, in addition to one-time tax rebates for families, helped keep the economy moving over these last months and also prevented millions from falling into poverty. Lawmakers should consider these facts alone a policy success to build upon.

Instead, GOP leaders are balking at extending the $600 per week addition. Sen. Ted Cruz this week said, “We are paying a whole lot of people a lot more money to stay home and not work than they made on their jobs—and that is terrible.” Notice that Sen. Cruz never says it’s terrible that jobs paid less than the modest income some now receive from UI benefits. The problem in his eyes is that people are receiving help, not that they earned so little for a day’s work.

Although some lower-wage earners are receiving more in unemployment benefits, there is no evidence that this is disincentivizing work.  On the contrary, millions went back to work in May and June when the virus’s spread seemed to be slowing. What we should fix is the system that has allowed the nation’s income and wealth to concentrate at the top while average workers’ wages have mostly remained stagnant over the last four decades. Moreover, if there has ever been a time to incentivize more people to limit their movement or even stay at home, it is during a global pandemic when social distancing can literally save lives.

Listening to Republican lawmakers continually rail about so-called overly generous unemployment benefits is particularly galling because they have no problem doling out top-heavy tax cuts. The White House has requested tax cuts ranging from business meal deductions to capital gains tax breaks (which will almost exclusively benefit the highest-income households) to payroll tax cuts. The latter is now off the table because neither party supports them, but congressional Republicans are still pushing for business tax breaks.

Sen. Cruz called expanded unemployment benefits “one of the worst aspects” of the CARES Act, but many of the rest of us think the Millionaires Giveaway, which provides an average $1.6 million tax break to about 43,000 wealthy business owners, wins this dubious prize.

The continual right-wing assault on working people’s integrity is tiring. And simplistic entreaties to go to your bank to get a loan or “find something new,” reveal that many of those tasked with making public policies are out of touch.

Instead of disparaging the idea of low-wage workers temporarily getting a boost in their income and haggling over how to put less money in their pockets, lawmakers should focus on how best to meet this moment and keep the nation’s families and communities afloat. They also should think bigger and bolder, focusing on long-term policy solutions to dismantle systemic inequities that leave so many of us living paycheck-to-paycheck in “good” economic times.