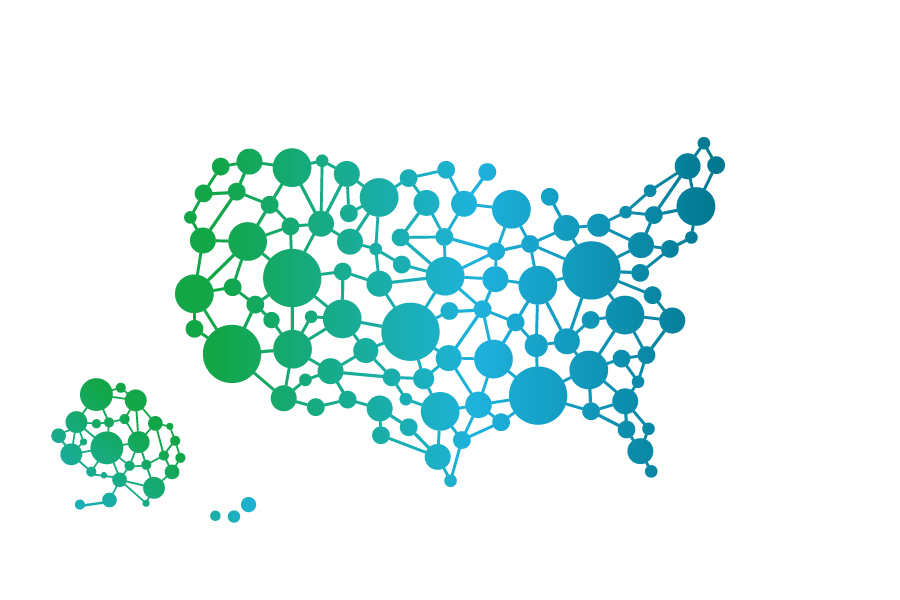 State lawmakers have plenty to keep them busy on the tax policy front in 2020. Encouraging trends we’re watching this year include opportunities to enact and enhance refundable tax credits and increase the tax contributions of high-income households, each of which would improve tax equity and help to reduce income inequality. A gloomier trend is that tax cut “phase-ins” and “triggers” enacted in previous years are causing trouble for several states, though a silver lining is the exposure of these policies as the irresponsible budget-busting gimmicks they are. This won’t stop the usual slew of more straightforward tax-slashing efforts (only well-informed research-driven policymaking and advocacy can do that!), so we’re also keeping an eye on those proposals as usual. Read on for more about each of these trends and others, including some fresh attention being paid to grocery taxation this year.

As we kick off the 2020s, the trend of state lawmakers enhancing refundable credits continues. Lawmakers from sea to shining sea (literally) have prioritized improvements to their state Earned Income Tax Credits (EITCs). Just in the past few days NEW MEXICO lawmakers have taken key steps to increase the state’s EITC from 17 to 20 percent of the federal credit, lower age eligibility for childless workers to 18, and allow ITIN filers (regardless of immigration status) to benefit. HAWAII’s Gov. David Ige joins Aloha State lawmakers in support of a package that would include a fully refundable state EITC. Meanwhile, RHODE ISLAND Gov. Gina Raimondo hopes to increase the Ocean State’s existing credit. Lawmakers in DELAWARE have re-upped their effort to make their EITC partially refundable, while in FLORIDA lawmakers consider a Sunshine State twist on the federal EITC. Meanwhile a dozen other states—including CALIFORNIA, ILLINOIS, OKLAHOMA, and OREGON—are advocating to enact, expand, modernize, and fund state EITCs. Unfortunately, the picture for EITC improvements is not all rosy; UTAH enacted an EITC in December 2019, only to promptly lose it when the state’s tax reform bill was repealed last week. Other refundable credits are in the limelight as well. NEW YORK’s Gov. Andrew Cuomo has proposed improvements to the state’s existing Empire State Child Credit, which is linked to the federal Child Tax Credit (CTC). Lawmakers and advocates in a handful of other states are also eying ways to improve the lives of children within their states through the creation and expansion of Child Tax Credits.

We expect to see more states make progress toward raising taxes on the wealthy in response to increasing inequities in the distribution and growth of incomes and resulting pressures on budgets due to regressive state and local tax structures. In ILLINOIS, voters in November will decide whether to amend the constitution to allow for a graduated income tax, which would increase the tax contributions of the highest-income taxpayers who currently pay half the overall tax rate that lower-income families pay.

Look for additional progress on ballot measures in MASSACHUSETTS (“Fair Share Amendment” would add a millionaire surcharge to the state’s income tax), ARIZONA (where a new ballot initiative would enact a tax surcharge on earnings over $250,000 single/$500,000 married to fund education), and COLORADO (where advocates are advancing proposals for a graduated income tax). We anticipate legislative action to tax the top in CONNECTICUT (where advocates and lawmakers push for a more progressive income tax), NEW JERSEY (governor advocating to supplement the state’s “mega-millionaires” tax with a true millionaires tax), NEW YORK (enhancing and making permanent their millionaires tax), and RHODE ISLAND (increasing the income tax rate on the top 1 percent). And we expect growing movements to raise income taxes on high-income households in MAINE (The Prosperity Coalition Campaign) and reduce taxes on wages from work while raising them on income derived from wealth in PENNSYLVANIA (We the People Campaign).

Triggers are coming home to roost

We’ve been warning for several years against a growing trend of state lawmakers using multi-year phase-ins or arbitrary revenue “triggers” to implement tax cuts, allowing them to score political points in the present for cutting taxes while leaving the difficult decisions around cutting services to their future counterparts. This year, some of those decisions are coming home to roost in states like MASSACHUSETTS, which is dealing with the final step of a tax cut originally enacted in 2000 and then quickly deemed unaffordable and attached to a trigger mechanism in 2002. The cuts since 2002, which bring the income tax rate down from 5.3 percent to 5 percent, are estimated to cost the state $850 million per year, and this final step of the trigger also adds a $300 million deduction for charitable contributions (though at least this piece is being reconsidered), adding up to nearly $1.2 billion annually in tax cuts that are dramatically tilted to benefit the richest households while greatly hampering the state’s ability to fund shared priorities.

Similar scenarios are beginning to play out in other states as well. MISSOURI’s triggered income tax cuts have helped leave the state “woefully unprepared” for the next recession. Though not a binding trigger or phase-in, GEORGIA lawmakers a few years ago passed a law expressing their intention to cut their top income tax rate (again) from 5.75 percent to 5.5 percent, and are now looking at raising their lower income tax rates (currently 1 percent to 5 percent) up to 5.5 percent to pay for that promised cut. And IOWA lawmakers’ debates over Gov. Kim Reynolds’s proposed tax cuts (described further below) are clouded by the indeterminate effects of the extremely complicated trigger-based tax plan they enacted in 2018.

A proposal this year in TENNESSEE exemplifies some of the issues that face states when trying to decide whether and how to tax groceries. Sales taxes on groceries are costly for low- and middle-income families, but Volunteer State lawmakers are without easy options to reduce those costs: they can’t exempt all groceries from their sales tax without incurring revenue losses that would force them to cut vital services, they lack an income tax through which to make up those revenues in a progressive manner or deliver a targeted credit to offset them for the most affected families, and they already have a very high and regressive sales tax that they would prefer not to raise. All of this has led to a bizarre idea to hold a two-month sales tax holiday on groceries, which would attempt to solve this problem with an already problematic policy.

Several other states are sorting through similar issues. In UTAH, lawmakers attempted to tax groceries and create an offsetting credit but then repealed the entire package. In KANSAS, Gov. Laura Kelly has proposed to make the state’s credit for grocery sales taxes refundable as it was prior to the Brownback tax cuts. Some IDAHO lawmakers are attempting to switch from their current system of taxing groceries and providing an offsetting credit to a simpler but more costly and less progressive system of exempting groceries across the board. And both ALABAMA and MISSISSIPPI have sales taxes on groceries that are receiving scrutiny this year as well.

It wouldn’t be an election year if there weren’t also a proliferation of tax cut proposals. In SOUTH CAROLINA, Gov. Henry McMaster has proposed to rebate $250 million of income taxes on a pro-rated basis, rewarding high-income households with checks for hundreds of thousands of dollars while sending $50 each to lower-income families. He has also proposed to reduce all the state’s income tax rates by one percentage point over five years. There’s also an effort to replace the state’s graduated income tax with a regressive flat tax like NORTH CAROLINA and KENTUCKY have both done over the past decade, a move which neighboring GEORGIA is also considering this legislative session. Income tax rate cuts have also been proposed in ARIZONA (where the governor is pushing for individual cuts and the legislature advancing corporate cuts) and COLORADO (where TABOR is requiring the first personal income tax cut and the governor supports making the cut permanent by closing loopholes).

Tax cuts of other varieties to note include efforts to enact targeted tax cuts for retirees in MINNESOTA and MARYLAND, proposals to reduce or limit local property taxes in NEBRASKA and WISCONSIN, and tax shifts in KENTUCKY (where the governor wants to raise regressive excise taxes to fill budget holes left by a huge tax cut for the rich in 2018) and IOWA (where the governor plans to raise the regressive sales tax and use most of the revenue to slash income taxes even further than they are already scheduled to go down).

On top of all the trends described above, states such as MISSOURI and VIRGINIA are discussing gas tax increases to boost funding for transportation infrastructure. Cannabis legalization and taxation remain topics of discussion throughout much of the country, including especially the northeast. Several states are continuing to grapple with emerging issues like taxing online sales, digital advertising, sports betting, or gig economy services such as Airbnb. Helping pass-through businesses circumvent the federal government’s $10,000 cap on state and local tax (SALT) deductions remains a topic of discussion as well. Raising new revenue for education remains a priority for many lawmakers in ARIZONA, MARYLAND, NEVADA, and elsewhere. And many states are considering de-coupling from the federal “Opportunity Zones” program.