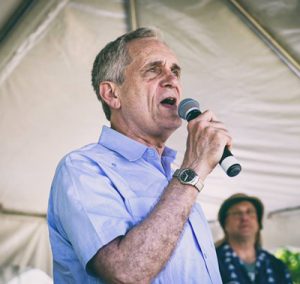 A new pair of bills introduced by Representative Lloyd Doggett (D-TX) this week would crack down on loopholes that allow corporations and individuals to avoid paying their fair share in taxes.

Rep. Doggett’s Stop Tax Haven Abuse Act, which was sponsored by Senator Sheldon Whitehouse (D-RI) in the Senate, would close a number of the most harmful loopholes in the current international tax code. Taken together, the provisions of the bill would reduce international tax avoidance by $278 billion over 10 years.

Corporations’ use of offshore tax gimmicks have grown so out of control that companies have now accumulated a stunning $2.6 trillion hoard of money offshore for tax avoidance purposes. The bill wouldn’t entirely solve the problem of tax haven abuse, but it could ensure corporations are paying part of the estimated $100 billion they avoid each year in taxes. Some of the key components of the bill include provisions that would:

Rep. Doggett’s other new tax-related bill, the Corporate EXIT Fairness Act, takes direct aim at one of the main drivers of corporate inversions. Under the current tax code, companies have a huge incentive to invert or become a foreign corporation (at least on paper) because they can permanently avoid paying taxes on accumulated offshore earnings. Doggett’s legislation would require inverted companies to pay the full amount of taxes they owe on offshore earnings if they become a foreign company, which means that avoiding taxes on unrepatriated earnings will no longer be a factor in making that decision.

The bill also contains the same anti-inversion provisions in the Stop Tax Haven Abuse Act that tighten rules around what constitutes a domestic corporation.

What differentiates Rep. Doggett’s exit tax bill from similar bills is that it would require all expatriating companies to pay what they owe on their offshore earnings, rather than just those companies that are engaging in a transaction that meets the definition of an inversion. This makes the bill even more effective in that it reduces the offshoring tax incentive across the board and allows the bill to work as a complement to other anti-inversion legislation.

Rather than moving to an even more loophole-ridden corporate tax code as the House GOP has proposed, lawmakers should be considering reforms such as those in the Stop Tax Haven Abuse Act and the Corporate EXIT Fairness Act that crack down on offshore tax avoidance.