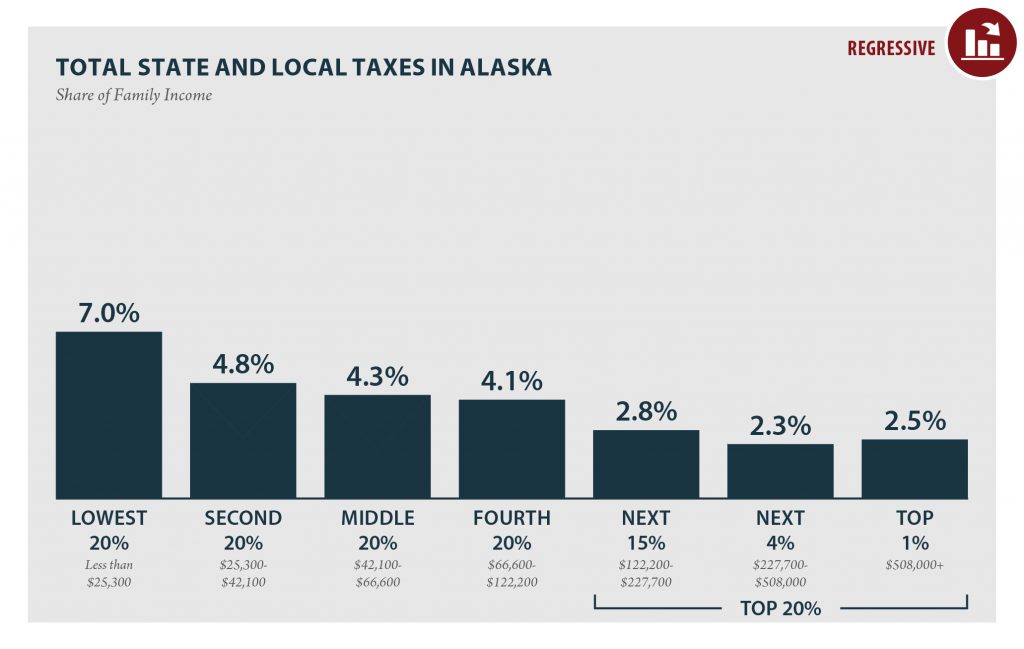 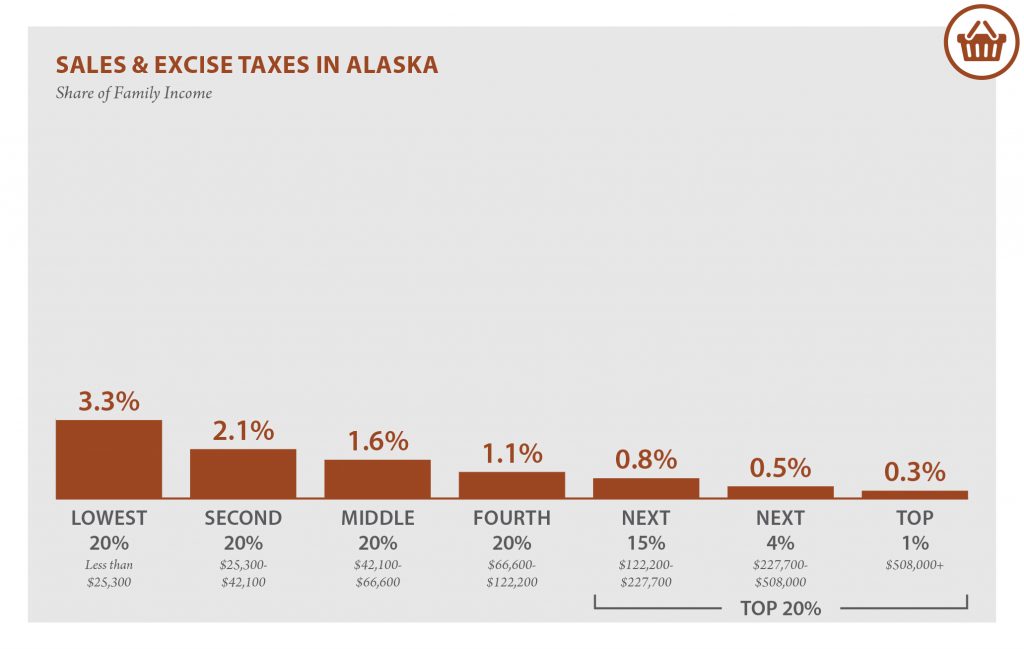 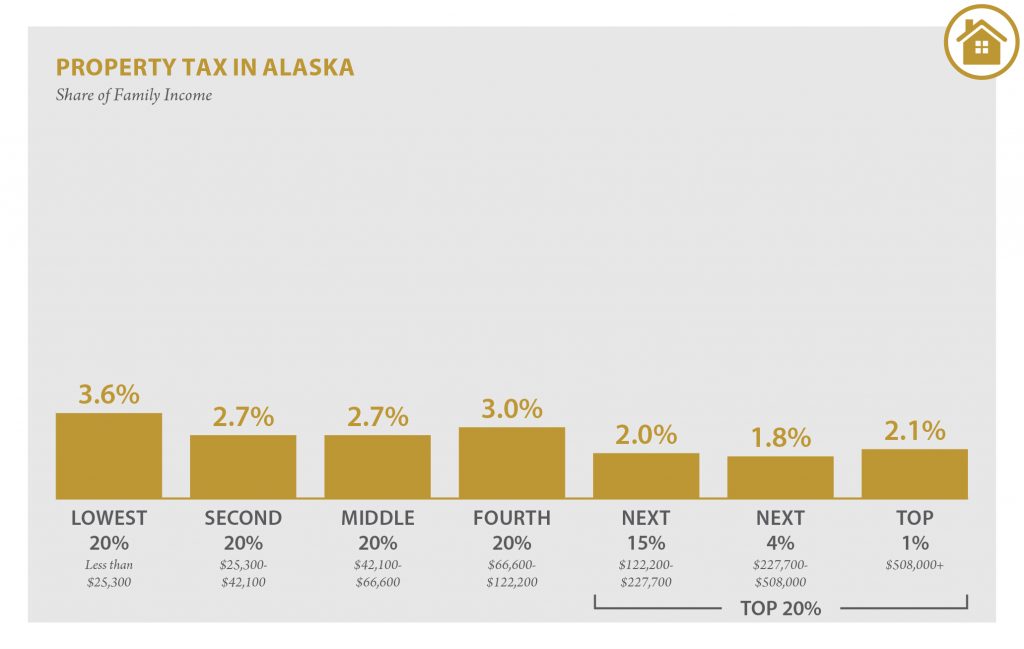 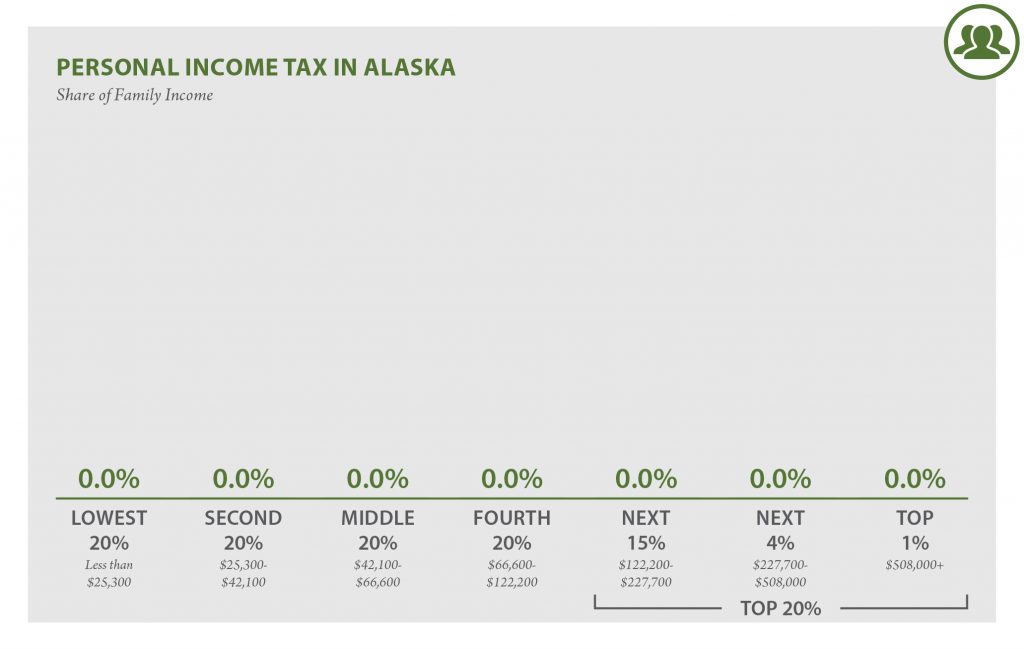 According to ITEP’s Tax Inequality Index, which measures the impact of each state’s tax system on income inequality, Alaska has the 26th most unfair state and local tax system in the country. Incomes are more unequal in Alaska after state and local taxes are collected than before. (See Appendix B for state-by-state rankings and the methodology section for additional detail on the index.)