Alaska Gov. Bill Walker recently proposed tripling the gasoline and diesel tax rates paid by Alaska motorists to generate funding for the state’s infrastructure. In a different state, tripling the motor fuel tax might be a radical policy change. But Alaska’s tax has not been updated since 1970 and because of those 47 years of procrastination, it now lags far behind the taxes levied in most other states. In fact, as ITEP explains in a new brief, Alaska’s motor fuel tax would remain below average even if Gov. Walker’s proposal to raise the base rate from 8 to 24 cents per gallon were enacted. 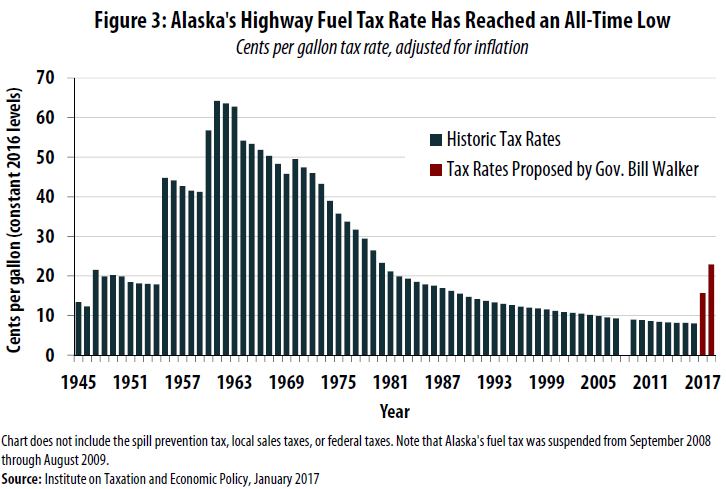 ITEP’s brief discusses four ways in which Alaska’s fuel tax is an outlier both compared to the taxes levied in other states, and compared to Alaska’s own history. Specifically, it finds that: