After the Dust Has Settled: How Progressive Tax Policy Fared in the General Election 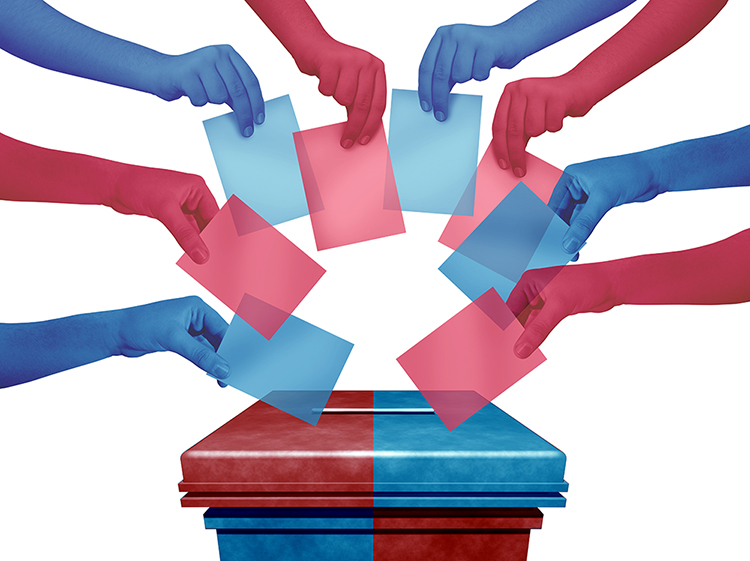 While the results of the 2020 presidential election are all but set in stone—and a sign of life for progressive policy—the results of state tax ballot initiatives are more of a mixed bag. However, the overall fight for tax equity and raising more revenue to invest in people and communities is trending in the right direction.

Though ballots are still trickling in from across the country, President-elect Joe Biden and Vice President-elect Kamala Harris have already made history by being the first ticket to ever get over 80 million votes and are currently winning by a 51 percent to 47 percent margin. It’s hard to overlook the fact that many Americans also voted for a Biden administration that has vowed to raise taxes and limit certain tax breaks and deductions for those with taxable income over $400,000, as ITEP’s analysis of the plan finds. Increasing taxes on wealthy Americans, many of whom aren’t experiencing the same financial effects of the pandemic, is a popular idea. This was borne out in the election results in states like Oregon and Arizona, and similarly, recent polling showed that a majority of respondents support options like a wealth tax on the richest 5 percent of Americans to support those facing pandemic-induced medical and economic hardships.

In Oregon, voters in Multnomah County, home to Portland, approved a measure that will provide free preschool for children ages 3 to 4 and increase salaries for teachers and teaching assistants, which will be funded by a 2.3 percent tax that will begin on taxable income over $125,000 for single filers and $200,000 joint filers. The tax will then increase to 3.8 percent for individuals making more than $250,000 and households making over $400,000.

It wasn’t just blue states that made headway on the tax front, though. Taxpayers in Arizona voted in favor of Proposition 208 by a margin of 52 percent to 41 percent. The measure—which imposes a 3.5 percent surcharge on high-income earners making over $250,000 for single filers and $500,000 for joint filers—is estimated to raise between $827 million and $940 million annually. As mentioned in our earlier post endorsing the proposition, the revenue will go toward much needed education spending for teacher salaries and training and retention programs. The plan will also introduce additional progressivity to the state’s tax code. According to ITEP’s Who Pays? report, Arizonans making less than $17,900 pay 13 percent of their income in total state and local taxes whereas the top 4 percent of all earners (where the income thresholds for the new surcharge kick in) before the proposition paid only 6.7 percent of their income in state and local taxes. Under this plan, the new effective tax rate for the top 4 percent would be 9.5 percent and closer to the effective tax rate of those in the middle 20th quintile who pay a 9.4 percent effective tax rate.

Coloradans voted to repeal the Gallagher Amendment—a constitutional measure approved by voters in 1982 that set homeowner and commercial property tax rates at an arbitrary level. The change will allow the state to raise revenue for education in a more responsible manner and help the state’s fiscal health as it copes with the coronavirus pandemic.

There is still work to do. Despite successes across the country, there were also several setbacks:

Elections are complicated and making sense of steps forward and steps back in the aftermath is never easy, but it’s impossible to not recognize the record turnout for a presidential candidate that openly ran on a plan to raise taxes on Americans who have largely been insulated from the economic effects of the downturn.