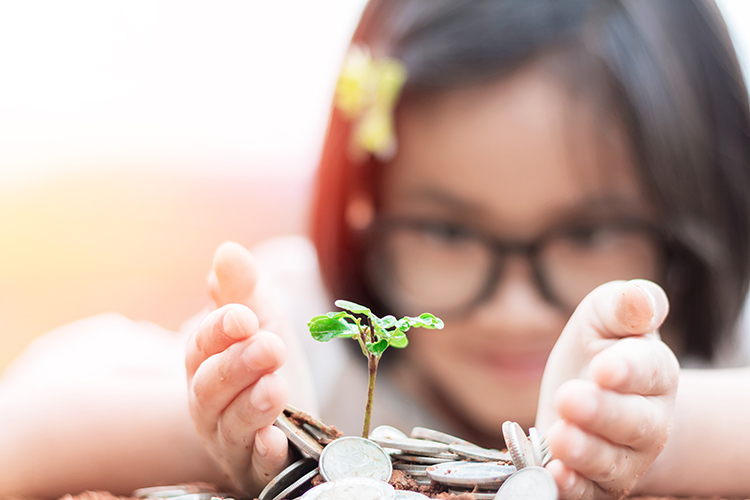 Since 2013, the Federal Reserve has released an annual survey of household finances that has consistently revealed four in 10 Americans do not have $400 readily available to cover an emergency. Tens of millions of us are living on a ledge in which one setback—a large medical bill, a car repair or accident, a job loss or reduced work hours—can devolve into a financial crisis.

A March New York Times article outlines how Anique Houpe, a single mother who worked two jobs, quickly slid into financial distress during the throes of the COVID-19 health and economic crisis after she left her job to supervise her two sons whose grades plummeted after they moved to distance learning. She battled a severe case of COVID, was denied unemployment insurance benefits and soon faced eviction. Ms. Houpe’s story is not unique. Congressional Democrats today held an event on the Hill featuring moms who will benefit from the Child Tax Credit expansion. They, too, coped with job loss, distance learning and working multiple jobs to make ends meet. Twenty-seven percent of households are considered low-income with incomes at 200 percent or less of the federal poverty level: a family of four would need to make $53,000 to be at this level in 2021. Even families in the middle of the income distribution live in a precarious state in which one setback can cascade into severe financial distress. Decades of public policies have built structural inequities into our economic system, yet some political leaders and public figures continue to perpetuate the myth of a level playing field in which any individual who works hard enough can have it all.

For the next six months, low-, middle- and upper-middle-income families with children are eligible to receive part of their 2021 Child Tax Credit (CTC) in advanced monthly payments. The total credit is $3,000 for each child with an additional $600 for each child under age six. This amounts to up to $250 or $300 a month per child. President Biden’s American Rescue Plan, enacted in March, increased the credit amount (from $2,000 to $3,000 or $3,600) and for the first time made it available to families with little or no earnings. More than putting money in people’s pockets, this policy recognizes “the dignity of working-class families and middle-class families,” as President Biden said last week.

Most families with children are eligible for the CTC, but the expanded credit is strategically targeted to provide the largest benefit to those families toward the lower end of the income scale who have been left behind in so many ways by an economy that does not work for them. The expansion phases out after $112,500 in income for heads of household and $150,000 for couples filing jointly. The credit will boost income by an average of $2,800 for all eligible households. For the poorest families, we’re talking about a very meaningful amount of money. Those with incomes below roughly $22,400 would see a 35 percent average boost in their income, which for some is going to be life changing.

The nation has used the tax code to help low-income working families before this: refundable federal tax credits, including the Earned Income Tax Credit and CTC, proved to be critical poverty fighting tools that together in 2019 lifted 7.5 million people out of poverty, according to Census Bureau data. But in making the CTC almost universally available to all families, including the very poorest, this policy acknowledges that there is room for improvement, and there is more that we can do as a country to make sure children have the resources they need to thrive.

By paying out the credit every month rather than forcing families to wait until spring of the following year, families have help meeting their needs as they arise. Bills come due every week and every month, not once a year. Getting this money to families in a timelier fashion can help them stay in their homes, keep food on the table, buy school supplies and the other necessities of life. Parents of varied financial means say the advanced credit will help them pay overdue bills, take a vacation, make ends meet or simply put some money aside for the future or a rainy day.

The expanded CTC is set to expire at the end of this year if Congress doesn’t act. President Biden has proposed to permanently make the credit fully refundable and to maintain the targeted boost (to $3,000 and $3,600) through 2025. Without legislative action, the federal CTC amount falls to the pre-TCJA amount of just $1,000 per child after 2025. Extending this reform so that children, especially those in lower-income families, can keep seeing the benefits of this program even after the year is the right thing to do. This needs to be right at the top of Congress’s list of priorities.

Beyond the impact of this policy at the federal level, there is so much potential for a permanent expansion to encourage positive reforms at the state level, where we know that regressive taxation is a widespread problem. Often, when we see the federal government implement a good policy idea (such as a fully refundable Child Tax Credit) that can inspire state lawmakers to follow suit and offer a similar benefit of their own, sometimes directly piggybacked on federal rules. I hope we’ll see permanent federal reform in this area followed by states taking a close look at this reform, as well, to help get their own tax systems in order and promote economic security within their own borders.