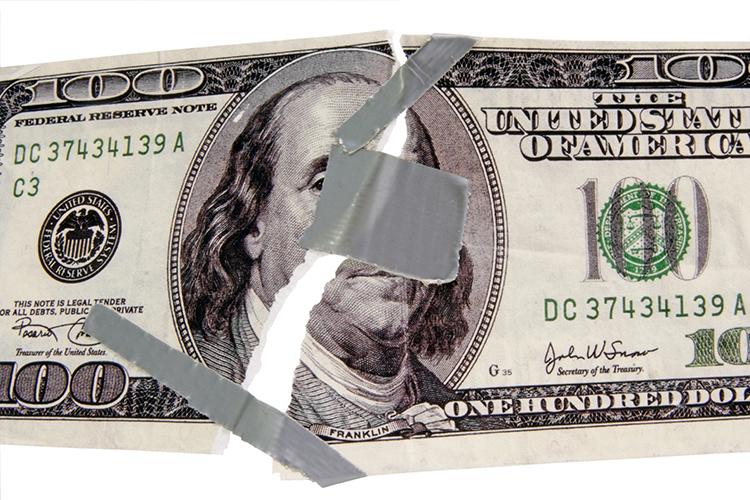 By Jenice Robinson and Meg Wiehe

Thirty years ago, the bipartisan National Commission on Children recommended that Congress enact a $1,000 Child Tax Credit (CTC) to benefit all children. After several false starts, Congress and then-President Clinton in 1997 agreed to a $500 CTC but targeted it to middle- and upper-income families.

Many 1990s policies were grounded in harmful, erroneous ideas such as financial struggles are due to personal shortcomings (hence the so-called Personal Responsibility and Work Opportunity Act of 1996 and the loaded language to justify it) and less government is better. Lawmakers didn’t apply these ideas consistently, however. For example, there was no drive to reduce corporate welfare even as policymakers slashed the safety net and disinvested in lower-income communities. So, it’s not surprising that a bipartisan group of lawmakers concluded during that era that the CTC was an appropriate vehicle to give higher-income households a tax break while leaving out poor children.

Over the years, Congress enacted multiple expansions to improve the CTC, including extending its reach to some lower-income families in the early aughts and increasing the credit from $1,000 to $2,000 under the Tax Cuts and Jobs Act (TCJA) in 2017. The TCJA for the first time made the credit available to very high-income households, phasing out the credit at $400,000 instead of $110,000 for married couples. But many children in low-and moderate-income families still either receive only a partial credit or none because the credit isn’t fully refundable and is tied to earnings. Today, 39 percent of all children do not receive a full $2,000 credit, including one in three white children, 45 percent of Hispanic children and 49 percent of Black children. In other words, shortcomings in the CTC are exacerbating income and racial inequality.

Biden has proposed a CTC expansion under his American Rescue Plan to reach more children and address these inequities. ITEP analyzed the plan and concluded that more children of all races would receive the credit, but a greater share of Black and Hispanic children, who are disproportionately left behind by the current credit, would benefit.

The significance of Biden’s proposed CTC expansion is not receiving as much attention as it merits, especially in light of his Executive Order (EO) on Advancing Racial Equity and Support for Underserved Communities through the Federal Government. The EO states, “Entrenched disparities in our laws and public policies, and in our public and private institutions, have often denied that equal opportunity to individuals and communities.” The 1997 CTC legislative language is an example. Although it does not state that the CTC will help a larger share of white families with children, that’s what happened. We’ve previously written about why tax policy is not race-neutral:

“The racially differential impacts of tax policies are not solely a result of tax policies themselves. Tax policy choices are both a symptom of and contributor to broader injustices…. Housing, education and criminal justice policies, to name a few, have led to gross disparities in outcomes for communities of color and advantages for white communities.”

Biden’s EO signals that it is insufficient to simply recognize these truths. In calling for a “whole-of-government equity agenda,” the president will establish an Equitable Data Working Group. Securing more government data disaggregated by race will help policymakers, researchers and the public better understand existing disparities and provide a foundation for creating policies to address them.

ITEP’s analysis of the current CTC’s shortcomings and Biden’s plans to expand the credit demonstrate the potential of such data. His proposal temporarily increases the annual CTC from $2,000 to $3,000 per child with an additional $600 for each child under age six. More importantly, it allows all low- and moderate-income families, regardless of earnings, to claim the full credit even if it exceeds their income tax bill. In tax speak, this means Biden’s proposal makes the credit fully refundable. Practically, this means lower-income families with children will receive a much-needed income boost of as much as $3,600 per child.

Expanding the credit (albeit temporarily) helps right the historical injustice of leaving poor children behind. Biden’s CTC expansion would be financially meaningful for most families with children but especially for the poorest 20 percent of households, ITEP’s analysis shows. The average tax benefit for all families with children is $2,750. For the bottom 20 percent of households earning less than $21,300 a year, the average benefit is $4,570.

A group of 10 Republicans has proposed an alternative to Biden’s American Rescue Plan, which strips out the CTC expansion and other provisions. Rep. Kevin Brady, the ranking member on the House Ways and Means Committee, suggested that instead of expanding the CTC, the Democrats should focus on making the 2017 expansion to the credit permanent. Under that approach, lawmakers would cement all the credit’s shortcomings and inequities into law.

One lesson from 2020 is that economic and racial inequality are intrinsic challenges that have been either swept under the rug or addressed at the margins for far too long. The fallout is that millions of families quickly faced financial devastation after losing income or jobs. Black and brown people are more likely to contract and die from COVID due to health disparities and to work in essential jobs that keep our economy moving (and allow many of us to reduce our health risks). President Biden’s CTC proposal is a bold reform that demonstrates how policy can both remedy historical injustices and set our nation on a more equitable and anti-racist path going forward.