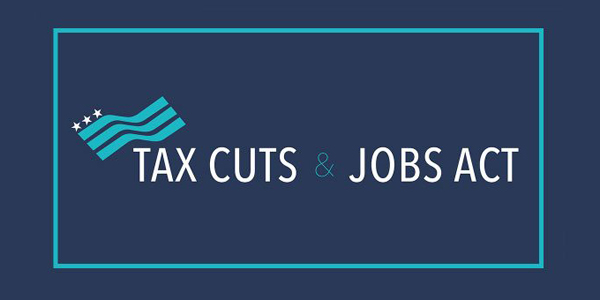 While it has only been a year since passage of the Tax Cuts and Jobs Act (TCJA), it’s clear the law largely is both a debacle and a boondoggle. Below are the five takeaways about the legacy and continuing effect of the TCJA.

The message from the Trump Administration and Republican congressional leadership from the beginning was that any major tax cut they put out would be focused on the middle-class and not the wealthy and corporations. Treasury Secretary Steve Mnuchin declared early on that there would be “no absolute tax cut for the upper class”, and President Donald Trump himself declared many times that his plan was a “tax bill for the middle class.” Despite this rhetoric, the Tax Cuts and Jobs Act, as signed into law by Trump, was primarily a tax cut for the wealthy and corporations.

An ITEP analysis of the bill found that 70 percent of the tax cuts will go to the top 20 percent of taxpayers. For the top 1 percent, the average tax break in 2018 is estimated to be $48,320. This is by design. The tax law doubled the estate tax exemption to $11 million, cut the corporate tax rate from 35 to 21 percent, cut the top individual tax rate, and included a special new 20 percent deduction for passthrough businesses.

The tax law not only exacerbates income inequality, it also widens the racial wealth gap because it fails to address lower tax rates on income derived from wealth and it added even more provisions that reduce taxes on wealth. As a study from ITEP and Prosperity Now explains, the TCJA provided significantly more benefits to white households, who have historically had the most advantages from public policies that helped grow the middle class and build family wealth, while black, Latino and other households of color benefit far less. In fact, even for those black households who are in the top 1 percent, they received an average tax break 40 percent of the size received by white households in the top 1 percent because they are more likely to earn the bulk of their income from work, not from wealth.

2. The Tax Cuts and Jobs Act has and will increase the deficit substantially.

After years of swearing that the country’s deficit and debt are one of the nation’s biggest threats, the Trump Administration and many Republican lawmakers found it difficult to square this rhetoric with their desire to pass a large tax cut. The solution for many proponents of the TCJA was to simply claim that the tax cut would generate so much growth (a point addressed in more detail below) that it would pay for itself. For example, Larry Kudlow, the director of the National Economic Council claimed in July 2018 that the latest non-partisan numbers from the Congressional Budget Office (CBO) showed that the tax cut already had paid for itself.

In contrast to Kudlow’s claims, the CBO found that the TCJA will increase the deficit by nearly $1.9 trillion between 2018 and 2028. It is also worth noting that the $1.9 trillion estimate already includes a generous estimate of the TCJA’s growth effect, which the CBO says would reduce the deficit impact from $2.3 trillion to $1.9 trillion from 2018 to 2028.

One of the areas where the impact on revenues of the TCJA is clearest is corporate tax collections, where revenues fell by a third in the first two quarters of 2018 and are headed to a 75-year low as a share of the economy.

The primary driver of the deficit in recent years is the cumulative effect of major tax cuts, largely for the rich, since 2001. According to an ITEP analysis, tax cuts from 2001 to 2018 increased the deficit by $5.9 trillion. Looking forward, ITEP estimates that by 2025 the cost of the Trump tax cuts and previous cuts will be $13.6 trillion.

It is also striking to note that the current deficits and the tax cuts driving them are historically large. A recent analysis noted that at no other time in modern U.S. history has the economy been so strong while the deficit has been so large. Usually deficits only reach the size they have in the last couple years when the U.S. is in a recession, but the continual passage of tax cuts have pushed the country into a new era of endless deficits.

3. The Tax Cuts and Jobs Act is not significantly boosting growth or jobs.

TCJA proponents promised the tax law would increase economic growth, boost wages, and create jobs. So far, the legislation has created a short-term economic boost but this boost has largely benefited the wealthy. Over the long term the growth effects will be close to nothing.

The tax law was supposed to spur capital investments in the United States. As the Economic Policy Institute recently laid out, this has not materialized, which is no surprise given that companies already had plenty of access to capital to make any profitable investments before the new law’s passage. Another promise was that the bill would boost wages for workers, with President Trump specifically promising an annual wage boost of $4,000 for the average household. Despite many headlines touting some companies giving temporary bonuses, a more comprehensive analysis of companies found that only a small percentage of workers saw any temporary bonus or wage hike. In contrast, companies announced more than $850 billion in stock buybacks in 2018, 120 times the amount spent to boost worker pay.

Even the short-term stimulative impact of the TCJA may not be as large as expected given that the measure was passed at a high point in the economic cycle, which according to research from the Federal Reserve means that the stimulative impact will be substantially smaller.

Pulling back to the longer-term impact, an analysis of the CBO data found that while the impact on gross domestic product is estimated to be significant, the problem is that much of this benefit will go to foreign investors due to corporate and other tax cuts. If you take out the benefit to foreign investors and only look at the gross national product, the economic benefit is close to nothing by 2028.

One final point worth noting is that in some ways the TCJA moves in the opposite direction of jobs creation since it includes a significant new tax incentive for companies to move real jobs and operations offshore. Under the TCJA, companies receive a 10 percent deduction based on the value of the assets they have offshore, which means that the more operations and assets that companies have offshore, the larger the tax break they can receive on those earnings. TCJA is not just giving companies an incentive to move profits offshore like under the old system, but it is also giving them an incentive to move jobs offshore.

4. The Tax Cuts and Jobs Act continues to be very unpopular.

Senator Mitch McConnell quipped during the debate over the TCJA that “If we can’t sell this to the American people, we ought to go into another line of work.” In retrospect, this quote proved prescient as Republicans lost an historic number of seats in the House of Representatives in the 2018 midterm election. While a number of factors played into this loss, one of the key reasons was the tax cut’s continuing unpopularity.

The inability of the Republicans to sell voters on their giveaway to the rich and corporations started almost immediately, with significant numbers of the public opposing the bill before its passage. In fact, an analysis of polling revealed that the TCJA was the most unpopular piece of major tax legislation in the past 30 years, and was more unpopular than two bills that significantly increased taxes.

The public remained strong in its conviction in spite of hundreds of millions spent by deep-pocketed special interests who sought to persuade the public that top-heavy tax cuts would trickle down and corporations would shower their tax-cut bounty on rank-and-file workers. Essentially, these special interests aimed to convince the public that even though previous trickle-down promises had failed to materialize, they really would this time. The public didn’t buy it.

The average of all the polls on the legislation found that more people disapproved than approved of the bill during the latter half of 2018. Even the Republican National Committee conceded failure on this point according to a memo leaked in September that showed that the GOP has lost the messaging battle over the bill.

5. Many Republican lawmakers still want to pass yet more tax cuts for the wealthy and corporations on top of the Tax Cuts and Jobs Act.

The TCJA’s $1.9 trillion in tax cuts did not satisfy the anti-tax wing of the Republican Party. Before the basic rules for implementing the new law were even released, many leaders in the GOP were already moving forward with another proposal for significant tax cuts for the wealthy and corporations, known as Tax Cuts 2.0. This second round of tax cuts sought to make all of the TCJA individual provisions a permanent part of the tax code at a cost of $631 billion over the next 10 years.

Although lawmakers claimed that the second round really would be for the middle class, an ITEP analysis of the bill found Tax Cuts 2.0 legislation was nearly as regressive as the TCJA itself with 65 percent of the benefits of the extension going to the top 20 percent of taxpayers. This costly and regressive legislation passed the House of Representatives, but fortunately was not taken up in the Senate.

Not knowing when to stop, Rep. Kevin Brady (R-TX) proposed yet another $80 billion in unpaid for tax cuts last week in hopes of kick-starting negotiations over another round of tax cut legislation. This legislation is skewed toward the wealthy and corporations, particularly benefiting large healthcare companies.

Rather than piling on billions more in tax cuts for the rich, lawmakers need to reverse course and pass tax reform measures that increase the progressivity of the code, raise a significant amount of revenue, and reverse the damage of the TCJA. Some places to start would be to end the preferential treatment of capital gains, reform the estate tax, limit itemized deductions, curb deprecation tax breaks, and close offshore loopholes.