The $2 trillion 2017 Tax Cuts and Jobs Act (TCJA) includes several provisions set to expire at the end of 2025. GOP leaders wrote the bill this way to adhere to their own rule that limits how much a piece of legislation can add to the federal debt. But it’s clear that proponents planned all along to make those provisions permanent. Less than a month after the law passed, the White House and Republican leaders began calling for a second round of tax cuts. In 2018, they introduced a package of bills—American Innovation Act, the Family Savings Act, and the Protecting Family and Small Business Tax Cuts Act of 2018—informally called “Tax Cuts 2.0” or “Tax Reform 2.0,” which would make the temporary provisions permanent. And they falsely claim that making these provisions permanent will benefit the middle class.

The Institute on Taxation and Economic Policy (ITEP) has state-by-state analyses as well as other resources that explain this legislation and its consequences.

Illustrating the Impact of Extending TCJA in 2026, by State

Extensions of the New Tax Law’s Temporary Provisions Would Mainly Benefit the Wealthy
This analysis finds that extending the temporary tax provisions in 2026 would not be aimed at helping the middle-class any more than TCJA as enacted helps the middle-class in 2018. As illustrated in the graphs below, the richest fifth of Americans would receive 71 percent of the benefits of the proposed extension combined with TCJA as already enacted. This same group will receive 71 percent of the benefits of the law in 2018. 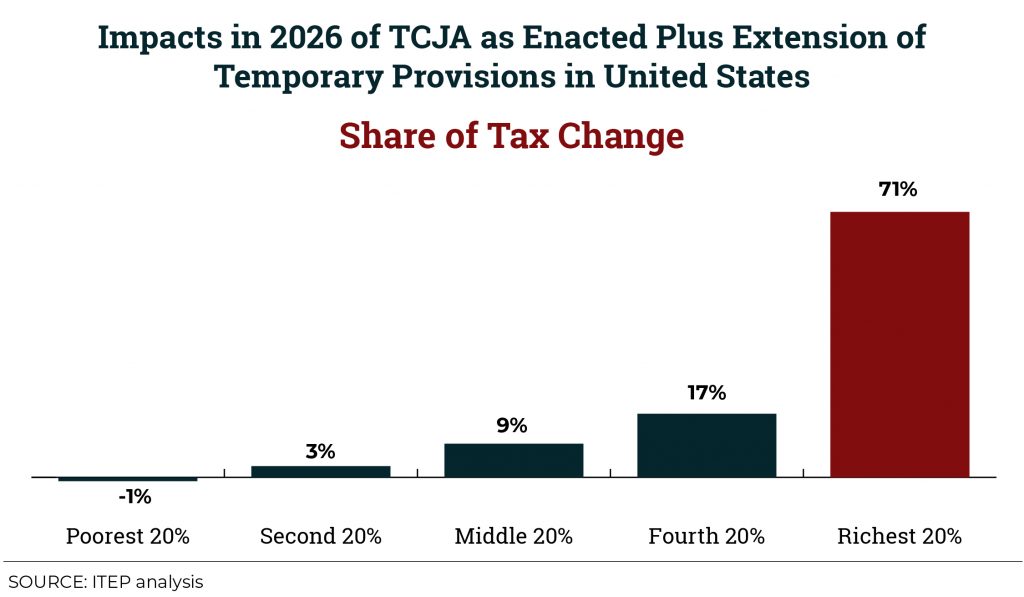 Insult to Injury: Why Tax Cuts 2.0 Makes No Sense
In this illustrated breakdown of the Tax Cuts and Jobs Act (TCJA) and Tax Cuts 2.0, ITEP staff examine TCJA’s role in growing income inequality, broken promises from corporations pledging to invest tax savings into workers and wages, and the embarrassment of riches flowing to the wealthiest Americans as a result of these “middle-class tax cuts.” 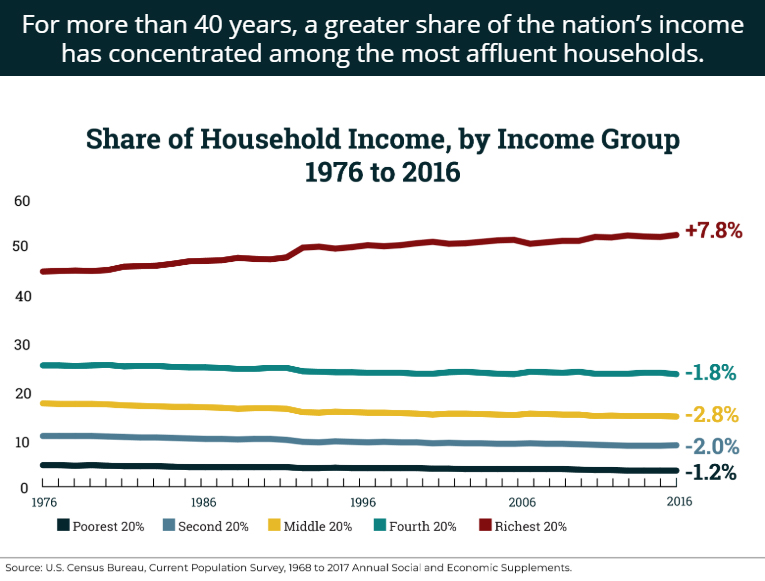