ICYMI: A Brief Summary of Our March Blogs and Reports 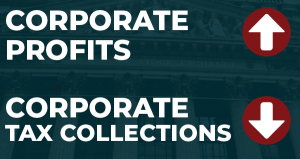 Early evidence indicates what many economists predicted. The Tax Cuts and Jobs Act is causing a deep dive in federal revenue—not self-financing as supply-side adherents claimed it would. New data from the Treasury Department reveals corporate income tax collections fell 31 percent in 2018 and continue to fall this year. The only other time in recent history that they have fallen more is during the peak of the Great Recession when corporate profits actually declined. The current fall can only be attributed to lawmakers’ deliberate choice to slash the corporate tax rate by 40 percent and also leave tax avoidance loopholes intact.
— MATTHEW GARDNER 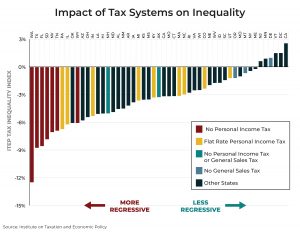 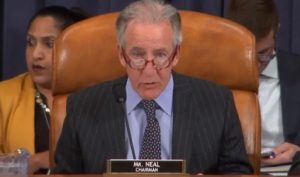 More than a year after passage of the Tax Cuts and Jobs Act, the House Ways and Means Committee held a hearing to review the law and its effect on low- and moderate-income people.
— JESSICA SCHIEDER, @Schieder_

The White House in mid-March released a budget proposal that calls for draconian cuts to programs and services to address annual deficits. Of course, the blueprint fails to acknowledge that the 2017 tax law will add at least $2 trillion to the nation’s debt over a decade.
— ALAN ESSIG, @AlanEssig

NO TAX BREAKS FOR OUTSOURCING ACT

Under the 2017 tax law, American corporations’ offshore profits are taxed only to the extent they exceed 10 percent of tangible assets invested offshore. Legislation introduced by Rep. Lloyd Doggett and Sen. Sheldon Whitehouse would eliminate this break.
— LORENA ROQUE @lorenamroque

Illinois Gov. J.B. Pritzker’s Fair Tax Proposal would restore some fairness to the state’s tax system by taxing residents at progressively higher rates based on their income. Polling shows two-thirds of the state’s voters approve. The state currently has one of the most unfair tax systems in the country in part because of the current structure of its income tax.
— LISA CHRISTENSEN GEE (statement)