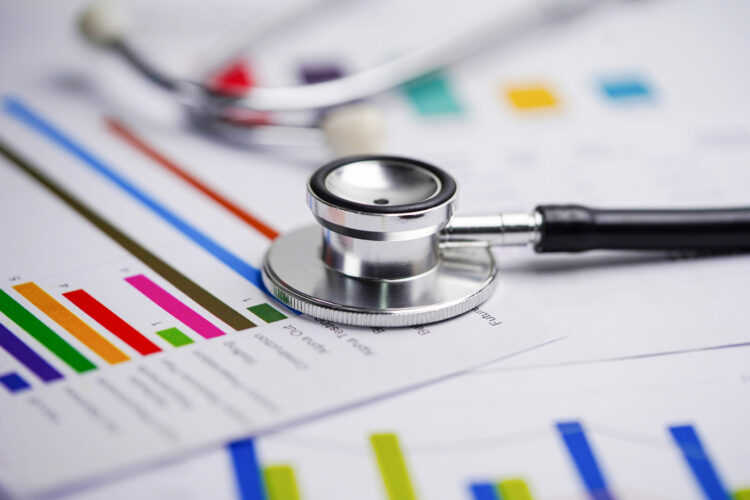 By Dylan Grundman and Carl Davis

The COVID-19 novel coronavirus’s effects on public health and economies at all scales are creating a daunting situation for state budgets as well. Demand for vital public services will be elevated just as the revenues to support those services take a major downturn. But crisis can bring clarity. State lawmakers can choose and prioritize their responses through a straightforward approach similar to that taken by health professionals: marshal and reinforce available resources, triage response options to prioritize the most vital services and most vulnerable people, and enact or strengthen the policies that will help address longer-term issues as well as immediate emergencies. From a state fiscal perspective that means: use emergency savings for this emergency, generate short- and long-term tax revenue from those most able to contribute, focus on services and tax benefits that precisely target those most in need, and delay or ignore calls for unaffordable and counterproductive tax cuts. In this blog, we lay out the situation facing states and how to approach it and end with a summarized list of policy options to pursue.

Without adequate revenues, states will be forced to cut back on their investments in health care, the safety net, and countless other services that are vitally important both during this current crisis and to the longer-run prosperity of the states.

In a typical economic downturn, sales and other consumption taxes are among the first revenue sources to suffer as consumers begin cutting back on spending. Of course, there’s nothing typical about our current situation and it’s possible that consumption tax revenues could plummet even more dramatically than usual. In addition to the downward pressure on consumer spending that accompanies any economic downturn, the current pandemic also may be reshuffling the ways in which people spend money into categories of consumption that are less likely to be subject to sales tax. For instance, it’s already clear that people are buying fewer hotel stays and restaurant meals, and that these categories of spending are often taxed at rates higher than the general sales tax rate. An increase in spending on health care, groceries, and digital streaming services during this period of social distancing may not help offset that revenue decline since these categories of spending are often exempt from sales tax.

Personal and corporate income tax revenues will also suffer as businesses of all sizes temporarily or permanently close their doors and employees see reduced hours or lost jobs.

And just as these revenue sources dwindle, funding needs in many areas of state budgets are likely to rise, particularly for health care and other critical supports for families.

The first place states should look for resources to respond to these issues (in addition to federal aid) is their own “Rainy Day Funds” and similar emergency savings. Unlike the federal government, states must balance their budgets, so savings like these are a crucial backstop created for times just like these.

While declining sales tax revenues are likely to be among the first problems confronting state budgets, the best path forward for dealing with that revenue shortfall lies in the personal income tax. One of the greatest assets of personal income taxes is their ability to be fine-tuned based on ability to pay, and that advantage becomes even more paramount during times of economic upheaval. If states need additional revenue to keep vital services and institutions operating, then taxing individuals and families who are managing to collect high incomes even during these difficult times is the best way to raise those revenues. No shortage of options exists for achieving this goal: higher rates on large incomes or investment income, taxes on inherited fortunes, mansion taxes, and taxes on profitable corporations are among the options states have available. Many states used these options in the Great Recession and the current situation will require similar measures and more.

The Most Acute Needs

Direct supports for the most vulnerable among us must take top priority. On the spending side of the state budget ledger, these include health programs such as Medicaid, income supports such as unemployment insurance, and other direct services such as rental assistance and meals programs. These services must be protected and in many cases enhanced. Interventions to help small businesses and their employees, such as paid sick leave programs, are also a top priority. Nearly every state has declared a state of emergency, which increases the options for such interventions.

On the tax side, one of state lawmakers’ highest priorities should be calling on the most fortunate to pitch in to help vulnerable people and suffering businesses as described above. Again, states cannot run deficits to fund their needs like the federal government can, so raising taxes on rich households is one of the most important tools in their kits to continue providing needed services.

We explain below why broad-based tax cuts in hopes of economic stimulus are ineffective, but well-targeted tax benefits remain a powerful tool to help those hit hardest by COVID-19 and to get money into the economy. A property tax circuit breaker credit—which can help families struggling to pay property tax bills after layoffs or hours reductions—is one option with merit, if states can afford it. Other refundable tax credits focused on lower-income families with the most difficulty making ends meet—including Earned Income Tax Credits (EITCs), Child Tax Credits, and other models—can also help the families most affected by the current crisis. For these policies to be effective, it is essential that they be extremely well-targeted.

State responses to COVID-19 should not only tackle immediate emergent needs but also address longstanding unaddressed issues and proactively adapt to ways the virus could permanently alter our lives, businesses, and economies. Services like those listed above, for example, may see higher demand for an extended period, and in many cases were already woefully underfunded. Investments in priorities like healthcare systems, research universities, and safe, healthy schools and communities also must be protected and enhanced. And all of those services and investments require tax revenue.

As mentioned above, one way to help ensure adequate funding for these needs over time is to broaden and modernize sales and other consumption taxes so that temporary and permanent shifts in consumption patterns do not undermine their strengths as reliable and broadly dispersed revenue streams.

Income tax improvements and other progressive revenue options also serve this triple purpose of 1) calling on the most fortunate among us to pitch in to help the most vulnerable in a crisis, 2) addressing a widespread longstanding issue of state tax systems worsening economic and social barriers by exacerbating economic and racial inequalities, and 3) helping tax codes adapt to lasting economic changes by bringing in revenue from the richest households and most profitable corporations even if those fortunes and profits are derived in new ways.

State tax codes are upside-down all across the income spectrum, however, and targeted refundable credits like those listed above therefore also help redress these tax inequities by reducing taxes on the low-and middle-income families who currently pay the highest overall state and local tax rates.

Speaking of local taxes, states can also help cities, counties, and schools by providing increased aid (through progressive revenue increases) and by giving them the flexibility to stabilize and raise revenue in a progressive manner themselves. These jurisdictions depend heavily on revenue sources like local sales taxes that will suffer from the same downturn hitting state budgets, and typically have few other options due to state-imposed restrictions. Allowing local jurisdictions to tax income is one way of doing so, and the property tax circuit breaker credit described above is another: it not only helps low-income families but also gives local jurisdictions the ability to raise needed property tax revenues while protecting those families from the increases.

Much of the federal-level tax talk as of late has been viewed through the lens of economic stimulus. But again, states are different in one very important regard: they must balance their budgets. Because of this, states are extremely limited in their ability to pursue short-run economic stimulus through their tax codes. Any broad-based tax cut large enough to meaningfully boost consumer spending will require offsetting budget cuts that are likely to cancel out—or worsen—the benefits of that increased spending. Simply put, sweeping, poorly targeted tax cut proposals should be swept to the side in favor of the more effective and more pressing policies described above.

Even more wasteful than budget-busting broad-based tax cuts are regressive tax cuts for high-income households. Such proposals to slash taxes on the rich, like one that some Georgia lawmakers recently tried to rush through their legislature, are the equivalent of healthy individuals trying to bully their way to the front of the line for unnecessary medical care. These most fortunate among us should be staying out of the way of people who truly need help, or even better, looking for ways to pitch in. Trying to grow state economies through high-income tax cuts has always been poor policy based on junk economics, and it could be disastrous in a time of already declining revenues and acutely high service needs.

States that enacted broad-based or top-heavy tax cuts in recent years can also recoup their losses by reversing them now. And those that enacted such cuts in previous years using long-term phase-ins or tax-cut “trigger” mechanisms to delay their implementation should also delay them even further or cancel them altogether.

The approach laid out here combines urgent emergency responses with long-overdue reforms and forward-looking adaptations, all of which are necessary. We are being tested in ways few of us could have predicted. But many observers have long worried about inadequate Rainy Day Funds, big tax cuts during boom times, upside-down tax codes that favor the rich while leaning most heavily on those least able to afford it, and failure to invest during the longest-ever U.S. economic expansion. In addition to listening to these recommendations now, when those concerns are raised after the nightmare of COVID-19 is over, it would behoove lawmakers to pay them more heed.