Tax Provisions in the White House Build Back Better Framework: The Good and Bad 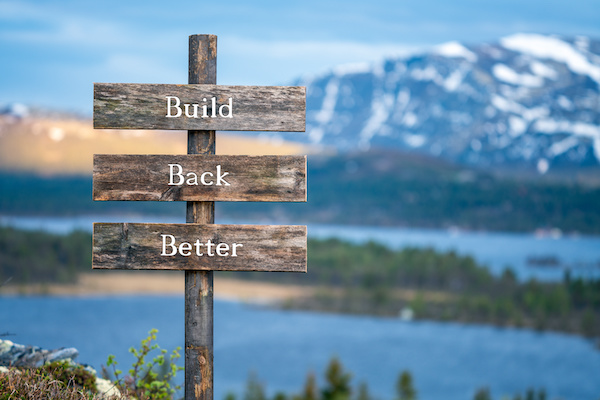 The tax provisions in the Build Back Better framework released by the White House today include enormously helpful reforms but also some disappointments. The good news is that the plan would raise nearly $2 trillion over a decade from those who can afford to pay–the richest Americans and large, profitable corporations.  The bad news is that some fundamental problems with our tax code would remain unaddressed.

Billionaires like Jeff Bezos and Elon Musk will continue to pay no taxes on the vast majority of their income. Months ago, the world learned that they and other superwealthy people arrange their business affairs to ensure that most of their income takes the form of “unrealized” capital gains, which are not counted as income under current law. This means most of their income each year goes untaxed unless they sell their assets. Even worse, if they hold onto their assets for the rest of their life, the unrealized gains will be exempt forever from the income tax, passed on tax-free to whomever they choose.

The framework includes a surtax on very high-income people, an important and needed change. Current law imposes a 3.8 percent tax on both the earned income and investment income of well-off people to fund health care, and the framework has helpful provisions to close loopholes that allow some to avoid these taxes. But these positive changes do not apply to unrealized capital gains, which account for most of the income of billionaires like Bezos and Musk, and that would not change under the framework.

There are two ways to solve the problem with unrealized capital gains, and the framework does not include either of them. One is President Biden’s proposal to include wealthy people’s unrealized capital gains on their final tax return after they die, meaning this income would be taxed eventually. Congress rejected this. The other requires wealthy people to pay income taxes on their unrealized gains annually the way the rest of us pay taxes on our income each year. Sen. Wyden’s Billionaires Income Tax takes this approach, but apparently, Congress has rejected this as well.

The framework also fails to close egregious tax loopholes that allow wealthy individuals to avoid the estate tax, one of the few tax provisions on the books today specifically designed to curb extreme concentrations of wealth. Recent analysis indicates that more than half the nation’s 100 wealthiest individuals are exploiting these schemes in preparation for sheltering their estates from tax.

But all is not lost. Most of the income flowing to billionaires is corporate profits, and under the framework, these profits are more likely to be taxed at the corporate level. For example, Bezos’s income mainly comes from Amazon, which has largely avoided paying the corporate income tax. ITEP found that Amazon generated $43.4 billion in profits from 2018 through 2020 and paid only 4.3 percent of those profits in federal corporate income taxes over those three years. The White House framework would ensure that very large corporations pay at least 15 percent of the profits they report to their shareholders. It would also impose a tax on the stock buybacks that corporations use to shift profits to their shareholders without paying out dividends.

Even more important, the framework would crack down on some tax breaks for offshore corporate profits. The current system taxes offshore profits of American corporations more lightly than their domestic profits, which encourages companies to use convoluted accounting gimmicks to make their profits appear to be earned in tax havens like Bermuda or Ireland. Even worse, it can encourage companies to shift operations offshore.

These international corporate reforms do not go as far as they should. For example, the minimum tax applied to offshore profits under the framework would be 15 percent, which is the absolute minimum allowed under the emerging international agreement that the Biden administration helped to broker. The White House had previously proposed a minimum tax of 21 percent on offshore profits, which would be consistent with the international agreement and would be an example of the U.S. using the leverage of its enormous economy to lead the world and block companies from getting a better deal offshore than they do here. But the framework’s international reforms are nonetheless a vast improvement over the current rules, which were signed into law by President Trump in 2017.

In addition to making the tax code more progressive by raising revenue at the top, the framework boosts income for many middle-income and low-income families. The framework would extend, for one year, the expansions of the Child Tax Credit and Earned Income Tax Credit that were first enacted as part of the American Rescue Plan. These policies are life-changing for many families, particularly those with young children who benefit most from the economic security and stability offered through these enhanced payments. Crucially, the framework offers a permanent fix to the most problematic aspect of the current CTC—its inaccessibility to children in lower-income families—by permanently making the credit fully refundable.

If enacted,  tax provisions in the framework would raise nearly $2 trillion over a decade, which is about as much revenue as was lost as a result of the 2017 tax law. The federal government was already failing to raise enough revenue and failing to provide a fair tax system long before that law was enacted. The framework announced today is only the first step in creating the kind of tax code that Americans deserve.