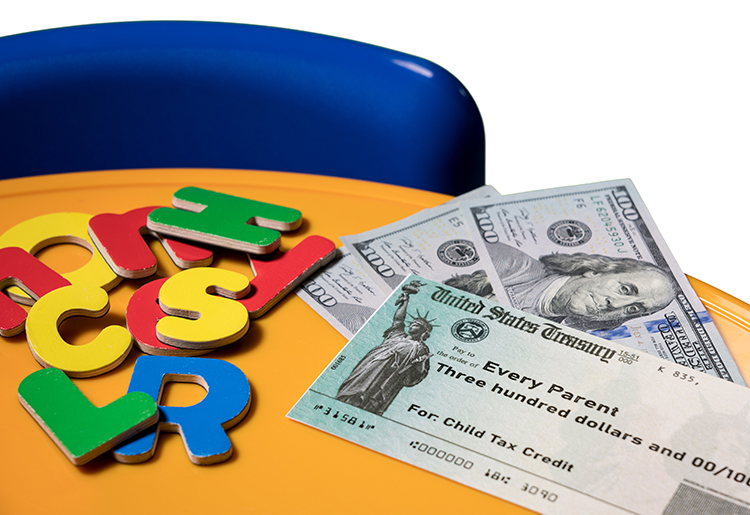 That’s most children in this country except those whose parents are among the highest-earning households. The credit could reduce child poverty by 45 percent. Most importantly, it rights a historical wrong: Congress did not include very poor children when it created the CTC in 1997, nor did it fully include them in the CTC expansions in the Bush and Trump tax cuts. One in three white children, 46 percent of Hispanic children and 48 percent of Black children received no credit or a partial credit under the most recent tax law. Now, they will be eligible for the full CTC.

These facts should be the starting point for debate over whether Congress should make the CTC expansion permanent.

During a Tuesday webinar (The Child Tax Credit in Practice: What We Know about the Payoffs of Payments) hosted by ITEP and the Economic Security Project, panelists explained why the expanded Child Tax Credit is a transformative policy that should extend beyond 2021. They highlighted tax policy and anti-poverty research and discussed lessons learned from demonstration projects that have provided a guaranteed income to low-income families. Panel moderator Solana Rice, co-executive director of Liberation in a Generation, said advocates are hoping the expanded CTC will show the way toward other policies that address economic and racial inequities.

“We’re hoping this is the beginning, not the end,” Rice said.

The ARP provides the expanded CTC for tax year 2021 at $3,000 per child with an additional $600 for children under six. That’s $250 or $300 a month per child, and beginning today, many eligible families will receive monthly tax credit payments via direct deposit.

Although most families with children will receive the expanded credit, it is targeted. ITEP analysis shows that 68 percent of the benefit will go to the bottom 60 percent of households, which have incomes of $70,000 or less per year. The average credit for all families with children is about $2,800 per year, but the CTC expansion does most for the lowest-income 20 percent of families who have income of $22,400 or less. They’ll get $4,470 on average, an annual income boost of about 35 percent.

“This is a life-changing amount of money,” said Aidan Davis, a senior policy analyst at ITEP who has written extensively about using the tax code to fight poverty. “It is not going to go unnoticed, and it will boost family economic security.”

This is the first time the federal government has provided advanced tax credit payments to households, and there are sure to be studies for years to come on the impact this credit expansion will have on children and their families.

The CTC is not a guaranteed income. But in stripping the minimum earnings requirement and distributing the credit monthly instead of once a year at tax time, it’s an apt comparison. Demonstration projects around the country have experimented with no-strings-attached guaranteed income for low-income households. A project in Stockton, Calif., for example, revealed that recipients of a $500 monthly guaranteed income had less stress and were more likely to secure employment than those in the control group.

Until we secure data on how the expanded CTC affects children and their families, these demonstration projects provide a window into the possibilities.

“There is study after study of what it means when people have economic security in (the form of) cash, and they all point to the same thing: people are better off,” said Natalie Foster, co-chair of the Economic Security Project, an organization focused on breaking down barriers to widespread economic prosperity. “If this were just a war of logic, we would have won long ago. We know from the Stockton experiment that stress goes down. Those who received the cash got full-time employment at double the rate of the control group, and it makes sense when you think about the choices that people have when they have a baseline of economic security coming in the door.” 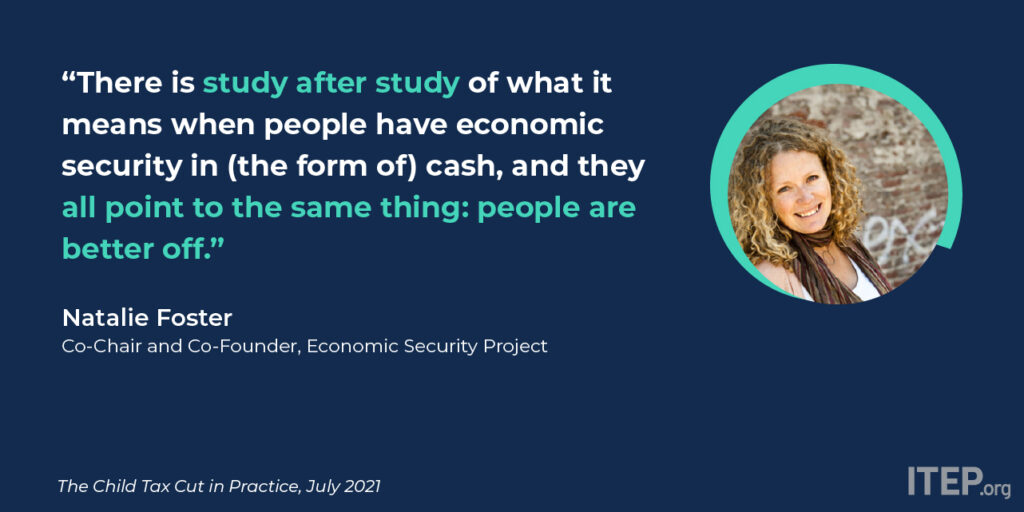 Dr. Aisha Nyandoro is the CEO of Springboard to Opportunities, an organization that, since 2018, has provided a one-year guaranteed income for Black mothers who live in affordable housing through an initiative called Magnolia Mother’s Trust. She said that the expanded CTC could provide the beginnings of a policy approach that treats people with dignity.

“For so many of our families and our parents in this country who are dependent on the social safety net, it is not a net and it’s not safe,” Dr. Nyandoro said. “It is discriminatory, and it provides a punitive aspect, and it provides layers of bureaucracy where you have to prove that you are poor enough to receive the resources that you need. Regardless of income … regardless of demographics, when you give individuals money, when you give families money without restrictions, they show up and they take care of what they need for themselves and their families.”

Indivar Dutta-Gupta, co-executive director of the Georgetown Center on Poverty and Inequality, acknowledged that making permanent a policy that prioritizes low- and moderate-income people will meet aggressive headwinds, particularly from those who have prioritized tax cuts for the rich and corporations. Even though the CTC expansion will benefit a vast majority of families with children, anti-tax, anti-government advocates are resorting to predictable dog whistles that cast poor people as undeserving.

“The tax code is where we deliver a lot of other subsidies for households. And we’ve been reluctant to reach those who are struggling most. One of my biggest frustrations is that people are going to try to fixate on (harmful) ideas (about low-income people),” Dutta-Gupta said. But in truth “the kids are going to work more. They are going to earn more, which means there’s going to be higher tax revenue in the future. We have lots of evidence of long-term benefits.” 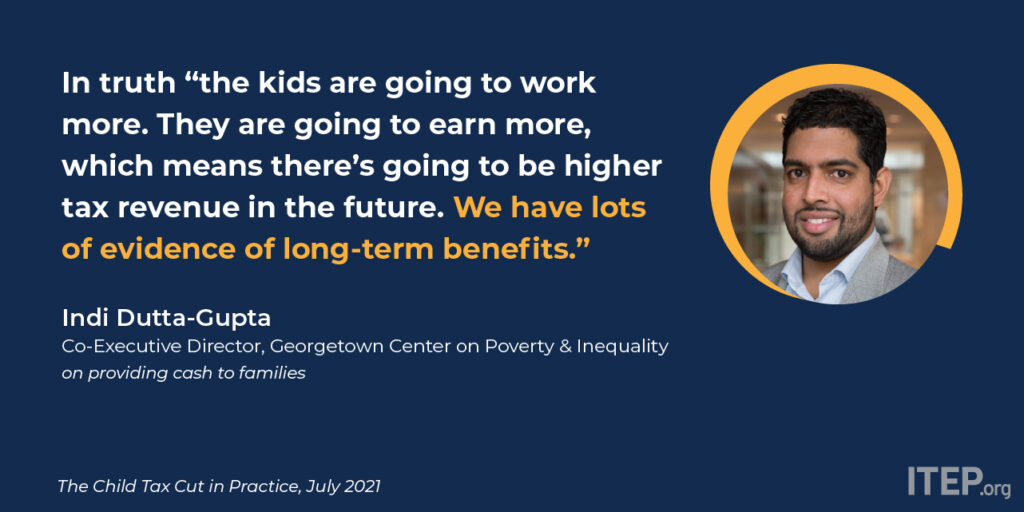