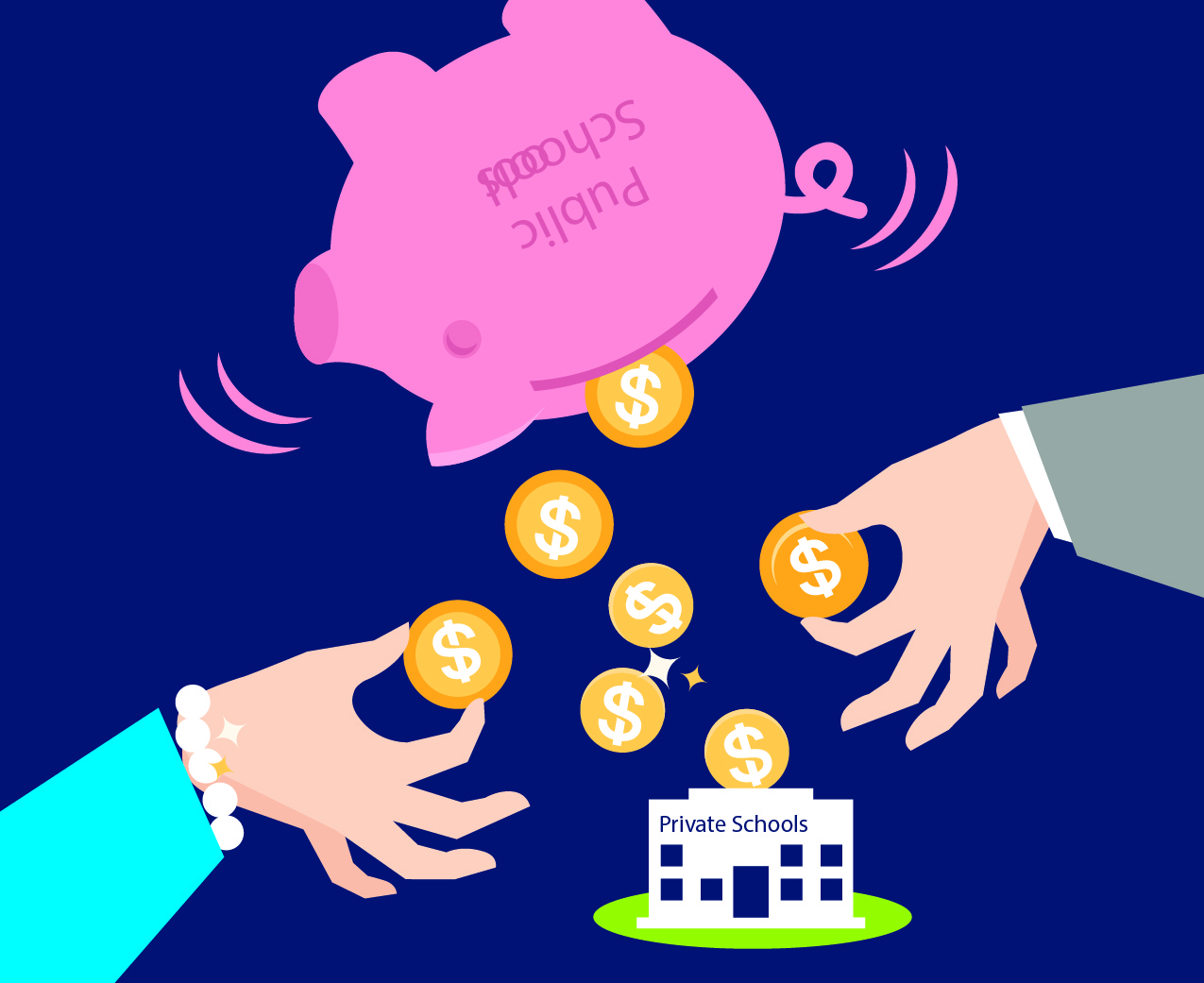 For years, private schools around the country have been making an unusual pitch to prospective donors: give us your money, and you’ll get so many state and federal tax breaks in return that you may end up turning a profit. Under tax legislation being considered in Congress right now, that pitch is about to become even more persuasive. A new ITEP report explains that, as an indirect result of repealing or limiting the deduction for state income taxes paid, Congress is on the verge of making a tax shelter for private school donors even more profitable than it is today. The result could be an immediate $50 million windfall for private schools, and a push by state lawmakers to dramatically expand voucher tax credits to keep up with increased demand.

The report details how taxpayers donating to private school voucher funds in 10 states will be able to turn a profit by claiming state tax credits and federal tax deductions on the same donations. While the details can be complicated, the core issue is that Congress is proposing to cap the deduction for state income taxes paid without putting in place any rules to stop taxpayers from laundering their (non-deductible) state tax payments into (deductible) charitable contributions. The states affected most dramatically by this change are Alabama, Arizona, Georgia, Kansas, Montana, Oklahoma, Pennsylvania, Rhode Island, South Carolina, and Virginia.

In one particularly alarming example, the report details how a millionaire living in South Carolina could expect to receive $1.37 million in tax cuts as compensation for a $1 million “donation.” As the report explains, “this risk-free, one-year profit margin of 37 percent far exceeds the kind of return that could be expected from almost any other investment.”

In another scenario, the report discusses how investors in Virginia and South Carolina will find that giving away their stocks to fund private school vouchers will produce far higher returns than selling those stocks on the open market. And, for the first time, the taxpayers abusing this loophole will actually see a higher return after taxes than before. Using the example of a stock that has grown in value by $75,000, ITEP calculates that a Virginia investor could walk away with an $84,688 gain after claiming no less than five separate tax benefits in exchange for their donation. A South Carolina investor, meanwhile, would enjoy an even more outrageous after-tax return of $121,250 using a similar assortment of tax benefits.

It doesn’t have to be this way. The report explains that legislation recently introduced by Rep. Terri Sewell of Alabama would close down these shelters by allowing federal charitable deductions only on genuine charitable gifts. If this legislation were advancing at a more reasonable pace, as opposed to being rushed through for political reasons, then there would be plenty of time for fixes like the one proposed by Rep. Sewell’s to be debated and incorporated into the bill.

Instead, we’re in a situation where a bill that is widely understood to be full of loopholes and glitches may be approved despite those obvious flaws, and we’re left only to hope that those issues are eventually addressed.