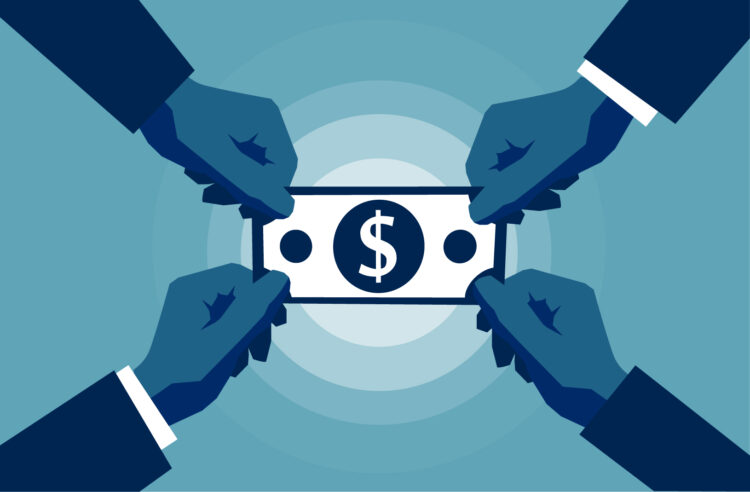 The first voting, or at least caucusing, of the 2020 presidential race will begin on Monday, Feb. 3, starting a new phase of a primary season that has focused partly on raising revenue and fixing the tax policy mistakes of the past. Many candidates have finally figured out what the polls have shown for years: Most Americans want wealthy individuals and corporations to pay more in taxes.

Each year a majority of Americans tell Gallup that high-income people pay too little in taxes and an even bigger majority say corporations pay too little. Many politicians are heeding this sentiment for the first time, while others who have long called for progressive tax increases have a wider audience than ever to deliver their message.

This change is manifest in the tax-raising proposals discussed by presidential candidates. Here are some of the highlights.

Reforming How We Tax Income from Wealth

One of the biggest problems with the U.S. tax code in terms of fairness is that investment income, which mostly flows to the rich, is taxed less than the earned income that makes up all or almost all of the income that working people live on.

The most significant type of investment income is capital gains, which are profits generated when assets are sold, and which make up the bulk of income for some wealthy investors. There are three different breaks for capital gains in the personal income tax.

First, capital gains (and certain stock dividends) are taxed at lower rates than earned income. Billionaire investor Warren Buffett has often decried the fact that he pays a lower effective tax rate than his secretary, and the lower rates on capital gains are likely a key reason. All of the Democratic presidential candidates have proposed to eliminate the special, low rates for capital gains and dividends, at least for the rich.

But the problem with rich people and their investments is that they are slippery. If you shut down one tax break, like the lower capital gains rates, they might avoid the tax increase by relying more heavily on other breaks. As a result, nearly all the candidates have proposed shutting down those other breaks to ensure that high-income individuals really do pay more in taxes.

Exclusion of Gains on Assets Left to Heirs

The second capital gains break is an example of this problem. This special gift in the tax code exempts from the personal income tax any gains on assets left to heirs. If Congress raises the income tax rates on capital gains but makes no other changes, some wealthy individuals would respond by holding onto their assets until they die, at which point the tax code forgets about the gains accumulated before their death. Former Vice President Joe Biden, former New York Mayor Michael Bloomberg and Senator Elizabeth Warren have proposed to end this break.

Deferral of Gains Until Assets Are Sold

Even if an investor does not want to hold onto an asset until he dies, he is still allowed to defer tax on any capital gain until he sells the asset. When the value of an asset rises, for all practical purposes that appreciation is income to the owner of the asset, but the nation’s tax laws provide a break by ignoring that income until the asset sale. For people with a lot of investments, this means that their wealth can grow much more rapidly, while the income of most working Americans is taxed annually.

To truly shut down this break requires taxing these “unrealized” capital gains, or “marking assets to market,” at least for the very rich. Without this reform, raising tax rates on capital gains might not work as well because the very wealthy could respond by holding onto their assets longer to avoid some of the tax increase.

Mark-to-market taxation would require the wealthy to include in the income they report on their tax returns any appreciation of their assets during the tax year. For assets that are not publicly traded this is more difficult because there is no well-known market price, so proposals typically allow taxpayers to continue deferring income tax on capital gains on these assets until they are sold, but then increase the tax due at that time to more or less eliminate the benefits of deferring the tax.

This post has already discussed how we tax capital gains, which is income from wealth. Another promising way to address inequality is having the federal government tax wealth directly. There are at least two ways to do this.

Technically, the Supreme Court believes that the federal estate tax is not a tax on wealth but a tax on the transfer of wealth at death. This is a distinction without a difference. The estate tax is really just like a wealth tax except that it is imposed only once, at the end of an individual’s life.

An ITEP report explains that before the Trump-GOP tax law was enacted, the estate tax already exempted more than $5 million in assets for individuals and twice that amount for married couples. (While this is the basic exemption, usually much more is exempted because of breaks for charitable giving and other breaks).

The new law doubles the estate tax exemption so that in 2020, it is $11,580,000 for an individual and twice that amount for a married couple. This means that a wealthy married couple can leave more than $23 million to heirs before anyone even needs to think about the estate tax.

An ITEP report describes how a federal wealth tax might be particularly effective at reducing inequality. This type of tax would require households to pay a share of their net worth exceeding a very high threshold (set in the tens of millions of dollars in all proposals to date) each year. Because this tax would be calculated based on net worth, rather than income, it seems like a departure from most tax proposals. But, as already mentioned, a wealth tax is really just an annual version of an estate tax.

Much of the debate over wealth tax proposals has focused on the potential difficulty of enforcing it, which is a real issue. But there are many ways to streamline the IRS’s efforts and make the task manageable. For example, some tax scholars suggest that when a wealthy person sells an asset, the price she receives could be used to correct any underpayments or overpayments of the wealth tax that were based on the assumed value of that asset in previous years.

One of the biggest problems with the corporate tax system is that it taxes the offshore profits of American corporations more lightly than their domestic profits. This is true now, under the Trump-GOP tax law, and it was true under the old law, even though the details were different. This encourages companies to use accounting gimmicks to make their U.S. profits appear to be earned in other countries with very low corporate taxes or no corporate tax at all, and it could encourage companies to move actual operations (and jobs) offshore. ITEP has a short report and a more detailed report describing how the new law continues this pattern.

One solution is to simply tax offshore and domestic profits at the same rates. Companies would still be allowed a credit against their U.S. taxes for taxes they pay to foreign governments on their offshore profits, to prevent double taxation. This is the approach taken in a bill Sanders has introduced in the past several Congresses. Warren proposes the same type of reform.

Yet another approach would tighten up other rules related to offshore profits. For example, Senator Amy Klobuchar introduced a bill in Congress to shut down two offshore corporate tax loopholes. One of them allows corporations to effectively use more foreign tax credits than they need to avoid double-taxation of their offshore profits. She would convert the so-called “minimum tax” on offshore profits into a “per-country” minimum so that excess foreign tax credits generated in a higher tax country cannot be used to offset U.S. tax that is otherwise imposed on profits generated in a low-tax country. The other break shut down by Klobuchar’s bill is the rule that exempts offshore profits from U.S. tax completely if it equals less than 10 percent of the tangible assets the company invests offshore.

Bloomberg proposes to combine the second and third approaches by raising the rate on offshore profits (he has not specified how high), apply a per-country minimum tax on offshore profits, and fix rules that facilitate accounting gimmicks to shift profits offshore.

Shutting Down Other Corporate Tax Breaks

Corporations also enjoy plenty of special tax breaks and loopholes for the profits that are unambiguously earned here in the U.S. There are two approaches to addressing this.

One is to repeal or curb specific corporate tax breaks. For example, Sanders and Warren have both specified that they would repeal tax breaks that provide accelerated depreciation. These are provisions that allow companies to deduct the costs of purchasing equipment more quickly than the equipment wears out. An ITEP report explains how these breaks are enormously expensive and yet fail to achieve the oft-stated goal of increasing investment. Instead, they appear to rewards businesses for investments they would have made even in the absence of any tax break. Sanders and Warren would replace these tax breaks with economic depreciation, meaning businesses would write off their purchases of equipment and other assets as they wear out.

Biden has a similar proposal that would function as a type of minimum tax. Corporations would either pay under the regular tax rules or they would pay 15 percent of the profits they report to the SEC and investors, whichever amount is higher. Like Warren’s proposal, Biden’s would apply to book profits exceeding $100 million.

Sanders and Warren propose a financial transaction tax (FTT), meaning a tax on trades of financial assets like stocks, bonds and derivatives. Biden and Buttigieg have both said that they would consider the idea. More recently, Bloomberg has also proposed an FTT.

As a recent ITEP report explains, an FTT would, to some extent, reduce financial trades. That could have two different consequences. The first possibility is that financial institutions pass the tax onto investors as higher transaction costs. This would make the FTT a progressive tax, given that most financial assets are held and traded by the wealthy.

The second possibility is that financial institutions would not be able to shift the tax to investors because the trades that would be eliminated are often not profitable to investors but serve only to generate fees for the institutions. Either way, the people ultimately paying the cost are typically much more well-off than most Americans.