A proposed IRS regulation would eliminate a tax shelter for private school donors in twelve states by making a commonsense improvement to the federal tax deduction for charitable gifts. For years, some affluent taxpayers who donate to private K-12 school voucher programs have managed to turn a profit by claiming state tax credits and federal tax deductions that, taken together, are worth more than the amount donated. This practice could soon come to an end under the IRS’s broader goal of ending misuse of the charitable deduction by people seeking to dodge the federal SALT deduction cap.

If finalized, the regulation would stop taxpayers who see much, or all, of their donations to voucher programs reimbursed by their state governments from pretending that the entire “donation” came out of their own pockets. For instance:

This type of reform is essential to ending a long-running tax shelter under which private school voucher donors receive lucrative state tax credits worth up to 100 percent of the amount they donate, and yet write-off those “donations” on their federal tax forms.

The table accompanying this article shows that unless this regulation is finalized, a high-income individual living in Alabama who writes a check for $50,000 to fund private school education will eventually be rewarded with up to $67,575 in state and federal tax cuts. In other words, this transaction could yield a $17,575 financial return—or a 35.2 percent profit on the amount supposedly “donated.”

The potential profits are even larger in some states, with Arizona, Louisiana, Pennsylvania, and South Carolina each facilitating especially large private school voucher tax shelters. 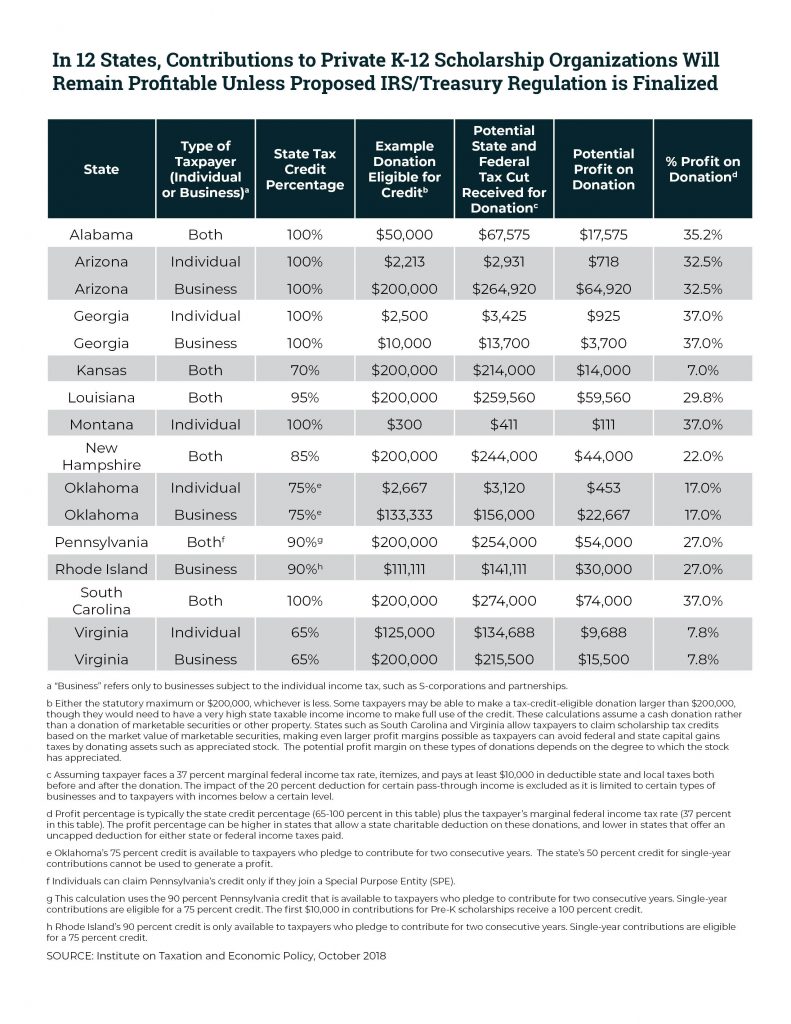 Additional information on this issue is available here. Interested individuals and organizations can read the proposed regulation here and provide comments to the IRS here, through October 11.